Details:
http://killtown.blogspot.com/2007/05/why-they-didnt-use-planes-to-hit-wtc.html
On the day when aluminium planes with hollow wings can fly through high performance concrete and steel reinforced columns instead of going SPLAT we'll see car drivers killed by moths and flies penetrating windscreens.

September Clues is still up, surprisingly.
http://septemberclues.info/
From the front page:

Was NASA, now famous for its fakery of everything from "need another seven astronauts" to technicians servicing the Mars lander... on Mars, involved in the 9-11 fakery?

Perhaps a staunch defender of the faith (satanism) could enlighten us as to how the official story as promoted by the BBC is 100% genuine?
Here's a sample:
Nvidia Debunks Conspiracy Theories About Moon Landing

Whilst back on planet Earth;
A Funny Thing Happened on the Way to the Moon

Zionists, masons, fabians, the City, the throne and corporation advertising control media and publishing that includes such as the bible and school text books like history that show what the aforementioned want us to believe. It is normally far from factual and most history books deserve the title, "fictionalised." The victor gets to write history. We didn't realise that those behind the rise of naziism and eco-fascism are of the same brood that produced the eco-fascist IJ EU. Their rent-a-rep, finance a floater philosophy produced the stealth abolition of sovereignty (self-determination) in favour of an unelected, foreign  dictatorship that was supposedly completed with Cameron's IJ EU financed signature on the Lisbon Treaty, except the traitors, so confident their con had worked, held a referendum. The rest is real history (so far).

From the infamous interview:
"It is an established rule to destroy all members of pre-existing government, their families and relatives, but never Jews. They destroy all members of the police, state police, army officers and their families but never Jews. You see, we know when a government begins to search for the Communists within its borders they are really attempting to uncover Jews in their area. We'er not fooled! The invisible rulers in the Communist countries have a world control over the propaganda and the governments in free countries. We control every media of expression including newspapers, magazines, radio and television. Even your music! We censor the songs released for publication long before they reach the publishers. Before long we will have complete control of your thinking."
And:
"The American people have been easily ruled through our propaganda that the pen is mightier than the sword. We virtually get away with murder, and all the goy do is to talk about it, which is ineffective since we, the masters of propaganda, always publish a contradicting account. If the Aryan would review history and apply those lessons of the past, then the pen will be thrown down in disgust and the sword wielded in the heat of passion. (A recurrence to history would edify our minds and show us that the European countries solved their Jewish problem only by use of force.) Thus far, we have escaped the sword, when the only reprisal is some periodical of no repute, or some pamphlet with limited circulation. Their pen is no match for ours, but our constant fear is that they may open their eyes and learn that no change was ever brought about with a pen. History has been written in blood, not with ink. No letter, editorial or book has ever rallied the people or stopped tyranny. We understand this principle and are continually propagandizing the people to write letters to the President, to Congress and to their local media. We are safe to continually exploit, intimidate and disenfranchise the white American as long as they are preoccupied with the illusion of educating the masses through printed material. Woe be unto us if they ever see the futility of it, lay down the pen and employ the sword.
http://www.antichristconspiracy.com/HTML%20Pages/Harold_Wallace_Rosenthal_Interview_1976.htm
He also mentioned, "
When the specimen of full spectrum indoctrination mentioned judaism as a philosophy, he meant the satanic, talmudic cabalistic version as adopted by many in western governments, masonry and the Vatican when the illuminati took over.
Ask honest George jr. 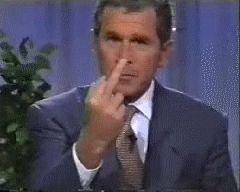 The Society of Jesus is illuminated too, an overburden of masonry. NASA is a jesuit org.
All male western astronauts are alleged to have been mason.
The parasites believe social memory lasts between 15 and 25 years. Backing off from suppression of 9-11 info should have been implemented in 2016. Perhaps psychopathic PNAC's misanthropic replacement should make the value atrocity size related.
The magic mushroom mason
All Masons go through the first 3 degrees of the "Blue Lodge", and must then decide whether they want to enter either the Scottish or York Rites (Capitular Degrees). Albert Pike explained in Morals and Dogma:
"The Blue Degrees are but the outer court or portico of the Temple. Part of the symbols are displayed there to the Initiate, but he is intentionally misled by false interpretations. It is not intended that he shall understand them; but it is intended that he shall imagine he understands them. Their true explication is reserved for the Adepts, the Princes of Masonry ... It is well enough for the mass of those called Masons, to imagine that all is contained in the Blue Degrees; and whoso attempts to undeceive them will labor in vain."
From Final Warning : A History of the New World Order
Illuminism and the master plan for world domination by: David Allen Rivera, 1994
https://modernhistoryproject.org/mhp?Article=FinalWarning&C=1.1
It's called compartmentalisation.