On General McInerney's declaration that WWIII is in progress. Bio-warfare by means of a phantom disease invented in a computer and used on paper in a pandemic exercise, and more recently for the COVID hoax. Let's nuke the Chinese tax stock. That'll teach them. Remind me, who is it that has been trying to get a world war going? Oh yes, the bankers.
Btw, if the sacks ever succeed in establishing their global gov corporation, the central bank corporations will be the de facto national governments and synagogues of Satan, (Lucifer). Cascading corporations,

Rumors, I managed to slightly injure myself, that has slowed me down a fair bit. When I can do them again I will.  They're a convenient way to keep up with what's happening across the pond so we know what to expect here. Australia and Canada have presented us with a distillation of the intended evil. Forewarned. Cc
---0---
.
Games Bankers Play, Joe South
Megan Smith

https://www.youtube.com/watch?v=gntArSV4SoU
---0---
.
American cousins, the good lady has spent some time and effort to present this information. She obviously believes you are worth it. Please read.
The Constitutionally Repugnant Reconstruction Acts Impose 14th Amendment via Martial Law Powers In Time of Peace.
Posted By: hobie [Send E-Mail]
Date: Sunday, 14-Feb-2021 05:06:50
www.rumormill.news/166119
Regarding copyright, see Legal Notice on the linked page:
http://www.paulstramer.net/2021/02/the-constitutionally-repugnant.html
=====
.
Friday, February 12, 2021
The Constitutionally Repugnant Reconstruction Acts Impose 14th Amendment via Martial Law Powers In Time of Peace
By Anna Von Reitz
Everyone please read the above statement as many times as necessary to glean the grist of it.
Our two (2) foreign Federal Subcontractors have, for their own benefit and enrichment, continued to promote the idea that the Civil War never ended, and that we, the American people, are unknown persons "presumed to be" Enemy Combatants until proven otherwise.
As shill Psyops Officer Robert Horton recounts, they also persist in claiming that the Civil War, which was an undeclared commercial mercenary conflict and not a "war" at all --- was a proper war, allowing them to claim immunity and right of conquest when it wasn't, doesn't, and never did.
This is all just bunko and legally convenient, as-- if this deceit is accepted--- it allows the Territorial U.S. Citizens to presume that we are Municipal citizens of the United States, subject to search and seizure, and it allows the Municipal United States Government (set up as the Municipal Corporation of the District of Columbia) to presume that we are subject to them and that we owe all their debts.
[Nicely formatted here: http://annavonreitz.com/timelineresearch.pdf
Added the timeline version as page images without annotation.]
Neither thing happens to be true.

What is true is that we, the people of this country, and our legitimate government in international jurisdiction, The United States of America [Unincorporated] and our national governments vested in our State Assemblies, are still here, still operating, now in Session ---and together with our members, due every jot of every "Federal" Constitution.
That is what is true and all the rest of this criminal bunk is just that--- bunk.
I am publishing here for the edification of the entire world the stripped down historical research and timeline necessary to come to these same conclusions for yourselves and to explicitly detail how and why this country is still messing around with and suffering from "legal issues" created by an undeclared mercenary conflict that ended over a century and a half ago.
Our deepest thanks to Geoffrey Jacob Caputo and the State Nationals Association for this knock-down, drag-out, and absolutely correct step-by-step analysis of the history, legal actions, and results --- which was completed many years ago, and which stands to inform everyone worldwide: 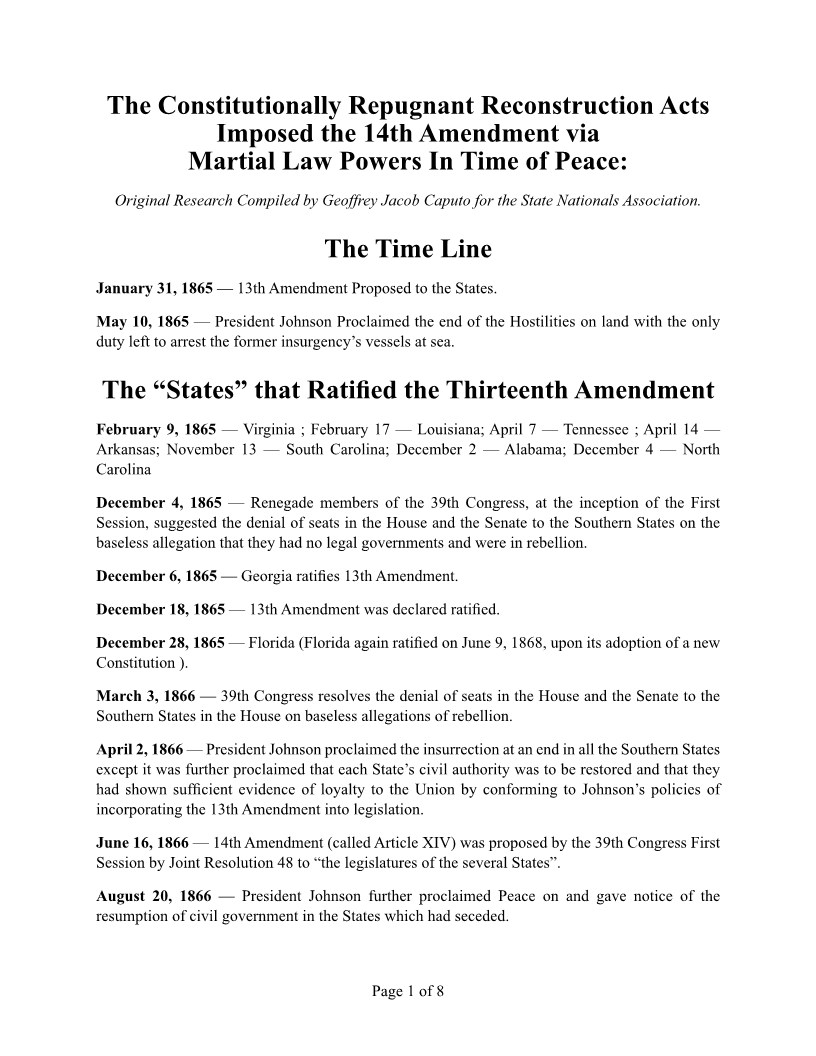 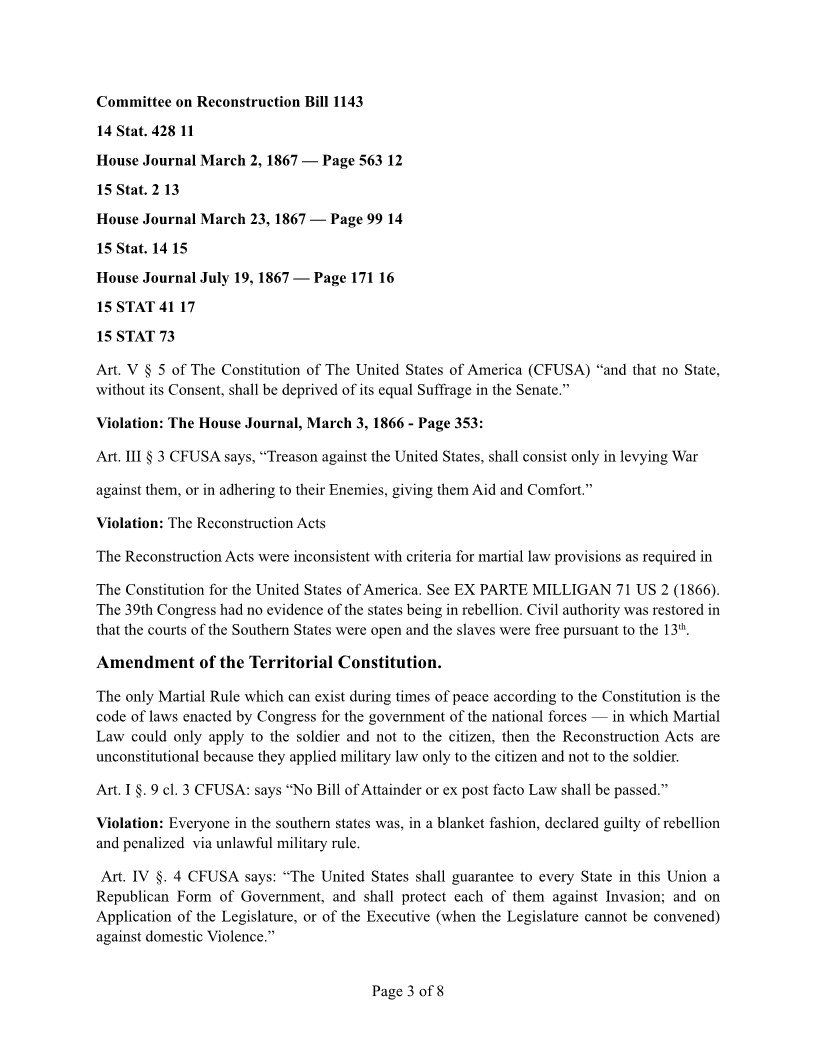 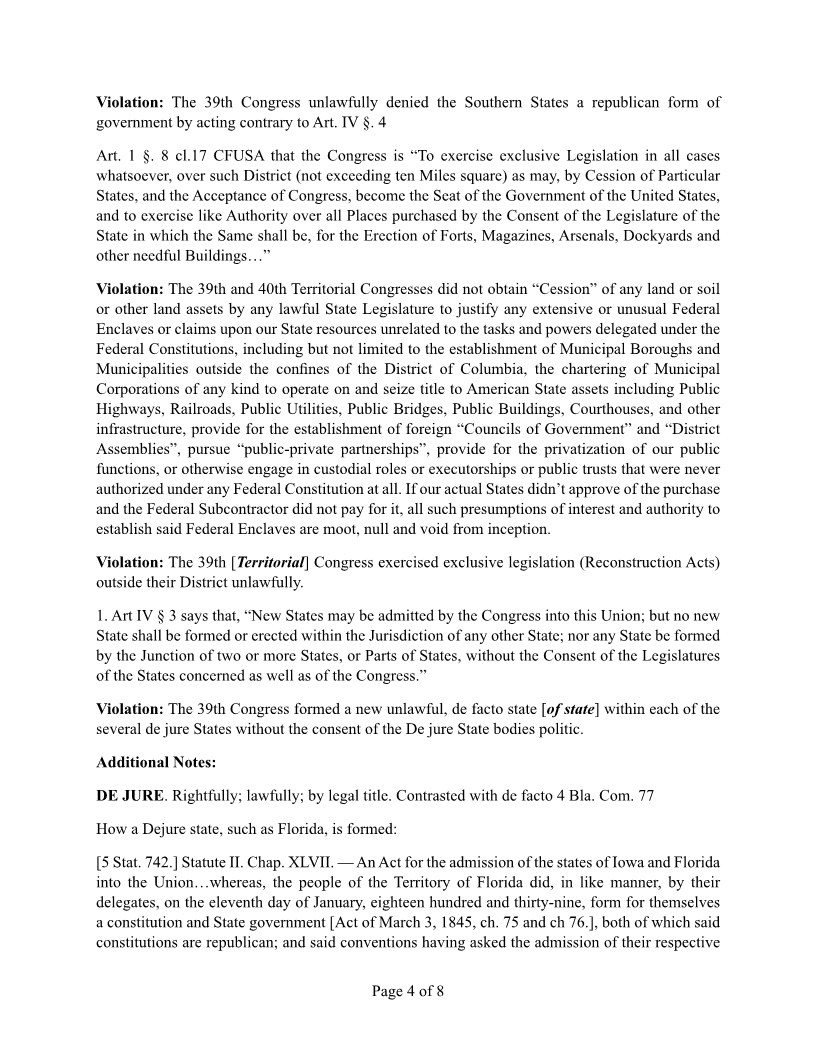 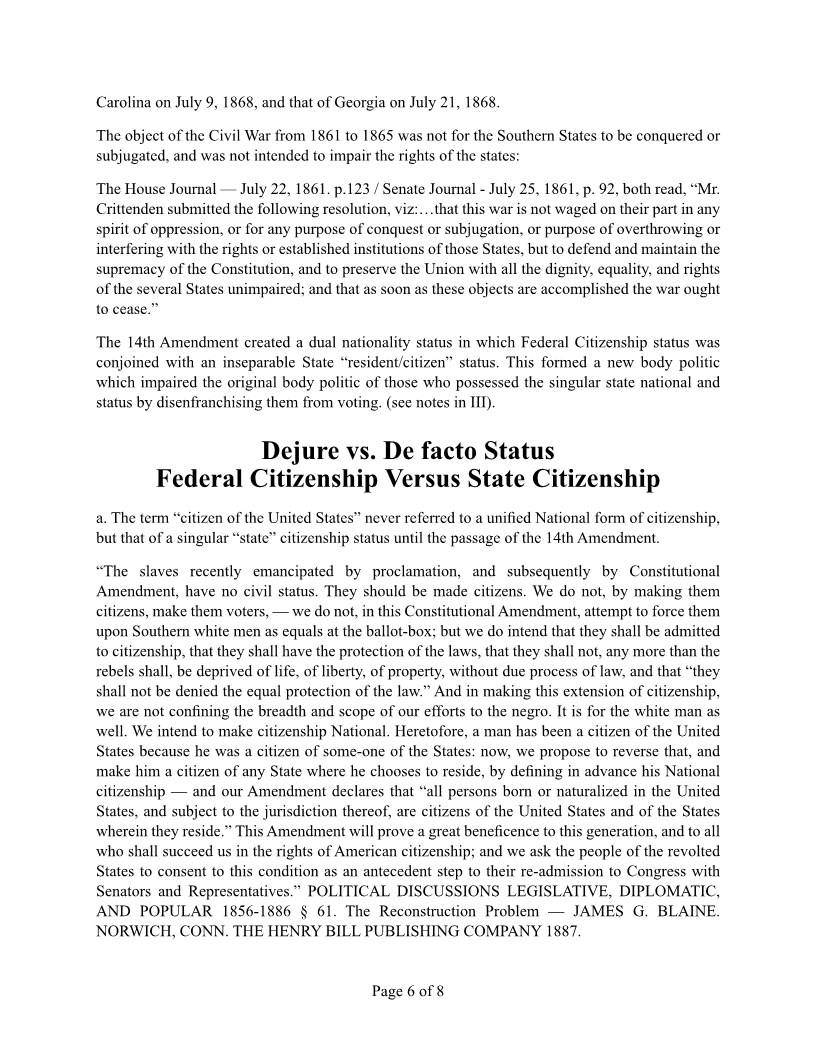 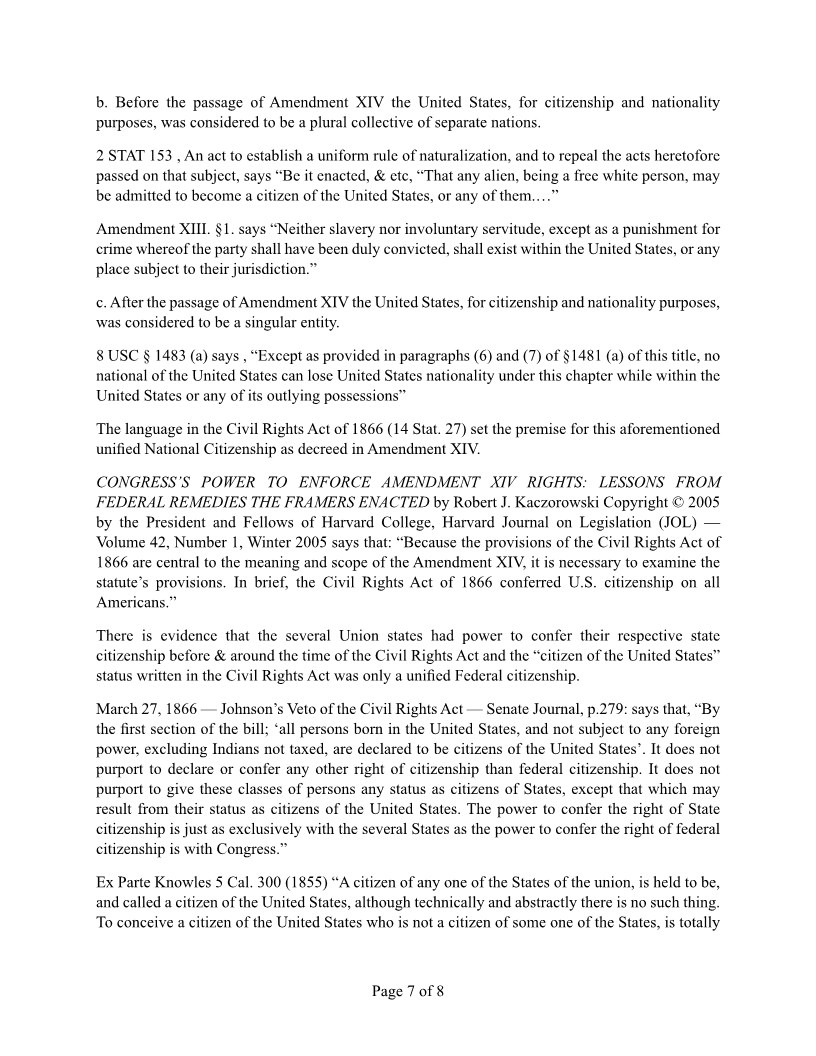 Excerpt from the annotated copy
If you are living in the United States and NOT declared to be a state national or State Citizen and one of the people belonging to our nation-states, you are "ipsofacto" presumed to be a citizen of the United States, and, under the 14th Amendment, "citizens of the United States" are criminals and slaves by definition.
Now, this entire "set up" is conceived in fraud and is in violation of the Constitutions, but we have to individually and as an entire people, address this situation, expose it, and finish the Reconstruction before this Mess is put to bed.
PDF http://annavonreitz.com/timelineresearch.pdf
Here it is without Anna's comments  http://annavonreitz.com/timelineresearch2.pdf
--0---
.
I believe the lady's title nowadays is  Fiduciary of the Gov of America
JUDGE ANNA VON REITZ EXPLAINS NATIONAL ECONOMIC & LEGAL RESET [2021-02-09] - ROBERT DAVID STEELE
Sergeant Major's Truther Info

07:30 - The Temple of Bill Gates
Sources:
BBC Article: - https://archive.is/SXmgN
- To watch video use the saved from url at archive.today -
[BBC loves his cash but are they that clever? Cc]