One question no-one is asking. Is the hypodermic needle a bio weapon delivery system? They've already admitted to it being a genetic modification (mRNA) and network integration means delivery system. The 2 "vaccinations" partner, first one sets up the targets (think laser painting), the second knocks them down and a few weeks later you're dead. No compensation for your kin, sucker.
55 executed by vaccination so far in America.
.
UK Column News - 15th January 2021

Screencaps from the show. (Click the images for the full size version.) 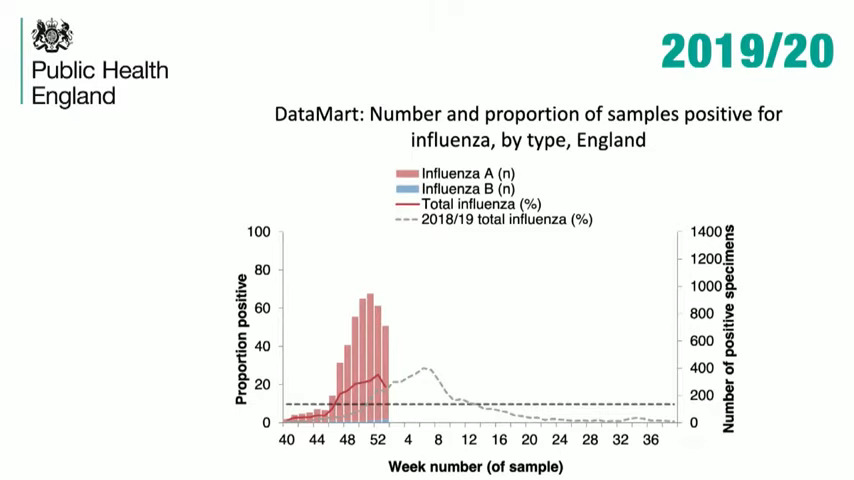 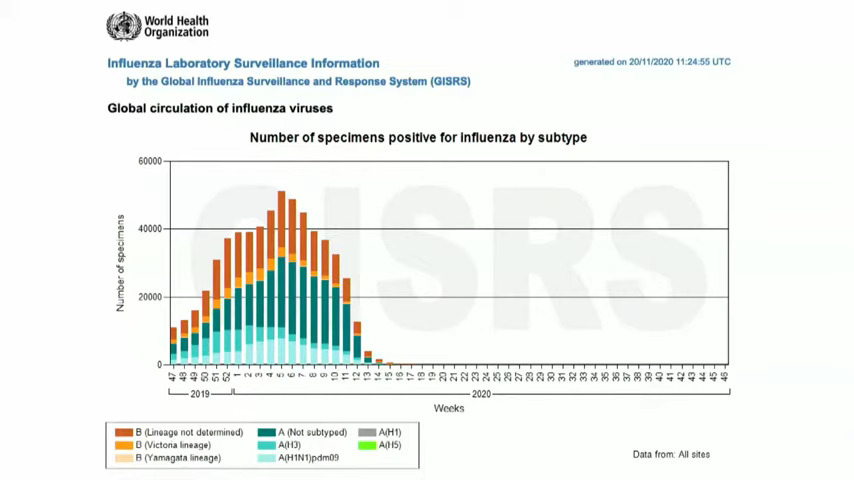 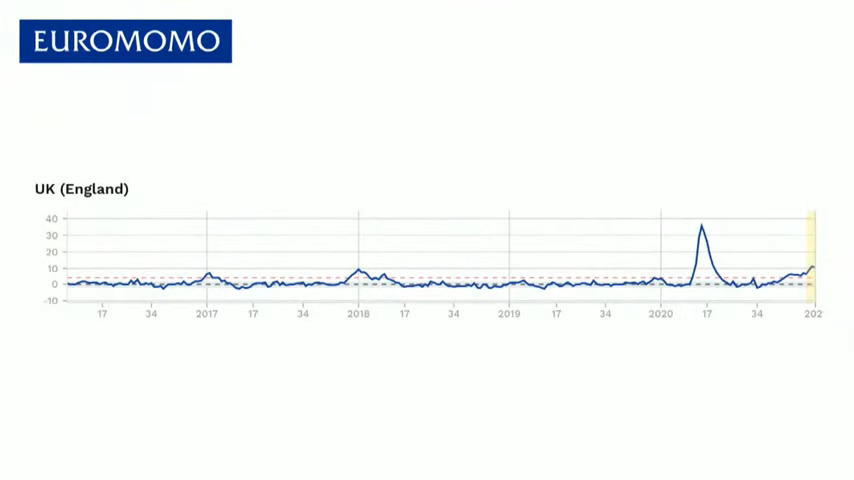 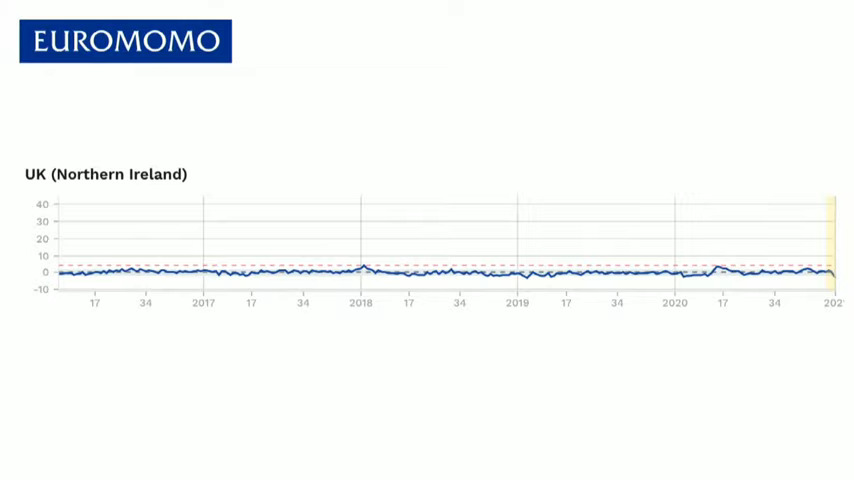 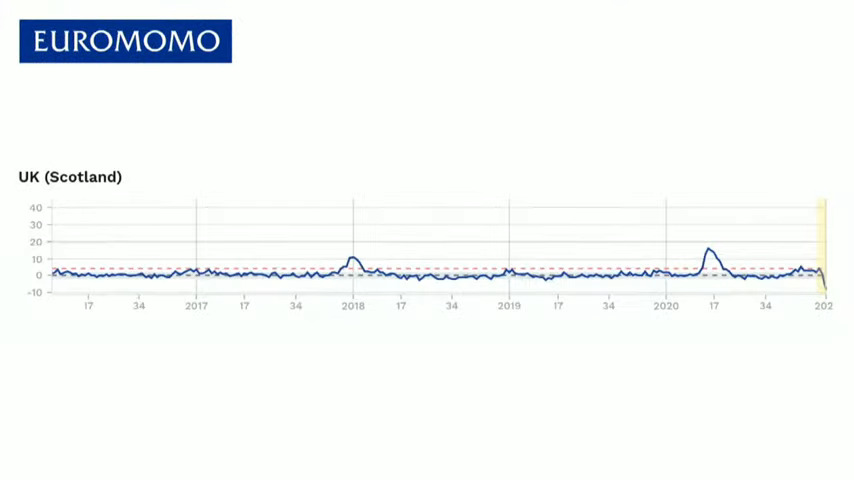 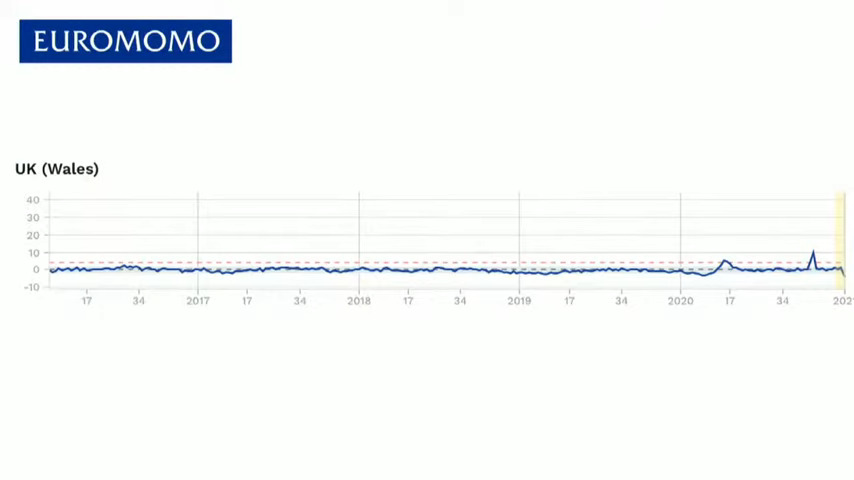 The only "pandemic" visible is the state mandated lockdown liquidation in England in March that NI escaped.
This article prettymuch echoes the UKC presentation but using figures from America..
New Study Highlights Alleged Accounting Error Regarding COVID Deaths
By Ethan Yang
Global Research, November 30, 2020
https://www.globalresearch.ca/new-study-highlights-alleged-accounting-error-regarding-covid-deaths/5730767
.
Drosten PCR test study: Withdrawal requested due to scientific error and massive conflict of interest
December 1, 2020
22 renowned, international scientists have subjected the study by Cornam et. al, in which Prof. Drosten played a major role, which was fundamental for the establishment of the SARS-CoV-2-PCR test, to an independent peer review process. They came to a damning verdict: the study contains nine serious scientific errors and three minor inaccuracies.
The scientists submitted the request to withdraw the study to the journal Eurosurveillance on 27 November 2020.
Interestingly, Prof. Drosten himself is the editor of the journal, which subjected the publication, which was not submitted until January 21, 2020, to a review process – which now appears to be only superficial – and published it in absolute record time just two days later.
The points of criticism are:
the design of the primers is inadequate: inaccurate base composition, too low GC content, too high concentrations in the test The only scientifically relevant PCR (N-gene) is presented but is not verified and is also not recommended for testing by the WHO.
the binding temperature is chosen too high, so that non-specific binding is promoted, which means that gene sequences other than those of SARS-CoV-2 can also be detected.
the number of cycles is given in the paper as 45, a threshold up to which the reaction is considered truly positive is not defined for the CT value. It is generally known that PCR tests with a number of cycles above 30 regularly do not allow any conclusions about contamination of the sample with the sought-after virus.
no biomolecular validation has been carried out, therefore there is no confirmation that the amplification products are genuine, are actually produced and also detect the sought-after sequence
neither positive nor negative controls were performed with regard to virus detection.
there are no standardized handling instructions available that would ensure that tests are repeated in user laboratories under the same conditions.
there is a risk of false positive results due to the imprecise test design
in view of the very short period between submission and publication of the study, it is very unlikely that a peer review process has taken place at all. If a peer review has taken place, it was inadequate because the errors, including formal errors, were not found.
there are massive conflicts of interest for at least four of the authors in addition to the problem that two of the authors (Prof. Drosten and Chantal Reusken) are members of the editorial board of Eurosurveillance. Two conflicts of interest were disclosed on 29 July 2020: Olfert Landt is CEO of TIB Molbiol, Marco Kaiser is a senior researcher at GenExpress and scientific advisor to TIB Molbiol. These conflicts of interest were not explained in the original version of the study, they are still missing in the version published on PubMed. TIB Molbiol is the company that reportedly was the “first” to produce the PCR kits (Light Mix) based on the protocol published in the Corman-Drosten manuscript. According to the company’s own statement, the company had already distributed the test kits before the study was submitted for approval. Victor Corman and Prof. Drosten have omitted to state their two affiliations: they work not only at the Charité public corporation but also at Labor Berlin Charité Vivantes GmbH. In the laboratory, which carries out real-time PCR tests, they are responsible for virus diagnostics.
The word of the experts involved weighs heavily, since they have concentrated expertise in the field in question. Among them are e.g. the former head of research of Pfizer Dr. Michael Yeadon, the geneticist Kevin McKernan, the main initiator of the Human Genome Project, who holds several patents in the field of PCR diagnostics, the molecular geneticist Dr. Pieter Borger, PhD, the specialist for infectious diseases and preventive medicine Dr. Fabio Franchi, the microbiologist and immunologist Prof. emerit. Dr. Makoto Ohashi and the cell biologist Prof. Dr. Ulrike Kämmerer.
https://2020news.de/en/drosten-pcr-test-study-withdrawal-requested-due-to-scientific-error-and-massive-conflict-of-interest/
The virus eludes isolation even though more than 100 trillion people have allegedly died from it every day since xmas 2019.
Actually, the virus has not been proven to exist. All the covid death certificates that have saved insurers billions in payouts for e.g. cancer deaths are fraudulent. All of them. If they can't prove a virus exists, how can they prove a person died from it?
There is no virus. Bitchute - https://www.bitchute.com/search/?query=there%20is%20no%20virus&kind=video
Let your favourite web med tell you. 83 results, suggests half of them are duplicates or not relevant.

The PCR test is as dodgy as Dominion voting machines.
WHO finally admits that PCR tests are unreliable
https://freewestmedia.com/2020/12/20/who-finally-admits-that-pcr-tests-are-unreliable/
I know for a fact that there is no definitive proof that any natural virus harmful to humans exists. It has always been a con for cash.
HIV is not a disease. Polio is caused by vaccines, AIDS and likely flu too. RF NIR poisoning symptoms can be triggered by toxins such as modded bat exosomes.

Anna got it right when she said the PCR is a stupidity test. Doctors with more than a shoe size IQ don't vaccinate their children whether a PCR test is positive or not.
But go ahead, believe industry (owned) controlled scientists and politicians.
The vaccinations scams rival the currency fraud.
23 deaths from vaccination in Norway.
The Chinese called for the withdrawal of the Pfizer vaccine due to harmfulness.
Chinese more honest than western politicians and health services?

If you think I'm a dangerous nutjob, go here, read, and then ask Jon where you buy shares in the Ferrari;
COVID vaccine secret, a stunner
Jan 15 by Jon Rappoport
https://blog.nomorefakenews.com/2021/01/15/covid-vaccine-secret-a-stunner/
.
Hey Bojoke, why are we still paying CO2 tax, it's STILL getting colder despite CO2 STILL increasing, and about that EU VAT we are due a refund from???

“Anybody Can Put on a MAGA Hat” – FL Teacher Fired for Telling Students Antifa Was Involved in DC Riots — Which We Now Know Is True
CrystalRiver https://www.rumormillnews.com/cgi-bin/forum.cgi?read=163556

AskAPrepper: "The Best Places Where You Can Store Fuels Safely In An Emergency"
hobie https://www.rumormillnews.com/cgi-bin/forum.cgi?read=163567

The Camden Model - 'Defund the Police' is all about Surveillance
AndiV https://www.rumormillnews.com/cgi-bin/forum.cgi?read=163594

Zoom call last night with retired Generals, Colonels and Lin Wood
Sacred_Scientist https://www.rumormillnews.com/cgi-bin/forum.cgi?read=163616
- There are now 250,000 Chinese troops surrounding us, 75,000 in Canada and the rest in Mexico. The generals said if they set foot in this country they will be wiped out swiftly as they are ready.
And
"- Covid was a biological attack on our country to shut down our economy and push the Mail-in Ballots Nationwide in order to pull off the steal along with the Dominion Machines. The virus was a man made Bio-weapon created in a Wuhan Lab to take out as many of our elderly and the weak as possible to incite more fear globally. They needed the death counts to rise to continue their plan to take over our country. This is why every death was marked as a Cov19 death regardless if they had it or not. The Generals and Gen Flynn encouraged us all as Patriots to RESIST all across this country and yes Canada too. Take off your Mask. Go to Church and Open your businesses. They can't stop us when we all RESIST! There aren't enough jail cells to hold everyone. Those were our orders to get the message out to the masses. There is no mandate in our Constitution Law to keep people from seeing each other or close their business."
> Re: Zoom call last night with retired Generals, Colonels and Lin Wood
> Sacred_Scientist https://www.rumormillnews.com/cgi-bin/forum.cgi?read=163643
>> Re: Zoom call - no troops around the country?
>> Sacred_Scientist https://www.rumormillnews.com/cgi-bin/forum.cgi?read=163688
A suggestion for the military. Instead of arresting all the Satanists, hand them over to  the Chinese as security against the monies DC owes them. And the UN, CDC and Fed Res. (The KJ's gave the US to China in part settlement of a debt according to Mr Fulford. Cc.

Message from Sidney Powell (via Jim Stone): People around POTUS are lying about his legal options. He's taking no action to protect the Republic
NaturalWisdom https://www.rumormillnews.com/cgi-bin/forum.cgi?read=163621

(Natural News) The Situation Update Notes for Jan. 15th, 2021
Mr.Ed https://www.rumormillnews.com/cgi-bin/forum.cgi?read=163627
"Covers five (5) key breaking stories...all with “bombshell” implications for world events:
1. Capitol raid official narrative collapse; CNN complicit in the staged event, radical Leftist arrested, FBI admits Trump didn’t cause the riot.
2. Declassification now under way as Trump announces release of “foot-high” stack of documents exposing the criminals of the Obama administration. (Total panic in DC now under way…)
Project Veritas exposes Twitter’s Jack Dorsey in a video announcing plans for expanded, long-term censorship of conservatives.
3. FBI now trolling for scapegoats by calling and visiting gun rights people, hoping to find someone stupid enough to get wrangled into playing a role in the FBI’s false flag theatrical events (staged raids on capitol buildings).
4. Long Beach Port / ship delays caused in part by US Coast Guard searching for weapons being brought in from China as part of China’s staging for war against the United States.
5. Trump’s “declass” bombshell is part of the exposure of the corrupt, criminal cabal that currently runs America. Joe Biden may even be implicated, and it’s certain that Chief Justice Roberts will be named in some of the documents, as he signed the illegal FISA warrants.
The deep state is in a total panic, and this is why they were desperately trying to remove Trump from office with a drive-by impeachment following a staged false flag attack on the capitol.
But Trump still holds all the cards, and he’s still President for five more days.
Here are the highlights for today’s Situation Update:"
CAPT. ED HAYES RET..... 20 POINTS OF WHY AMERICA IS TRANSITIONING CORPORATE TO REPUBLIC & BIDEN WILL NOT BE PRESIDENT
Seawitch https://www.rumormillnews.com/cgi-bin/forum.cgi?read=163628
> Hmm, I wonder if this email that I received is a direct reference to the remarks of Capt. Ed Hayes, Ret'd?
> NaturalWisdom https://www.rumormillnews.com/cgi-bin/forum.cgi?read=163631
Seawitch I BELIEVE IT IS!!!! *NM* (views: 872)

Illegals Rushing towards US Border by the thousands with Biden win (video)
GeorgeEaton https://www.rumormillnews.com/cgi-bin/forum.cgi?read=163633

Rabbi: Israel must fill the vacuum left by the fall of the U.S.
AndiV https://www.rumormillnews.com/cgi-bin/forum.cgi?read=163639
> Video - "America Collapsing, Israel must step up as new world superpower
> AndiV https://www.rumormillnews.com/cgi-bin/forum.cgi?read=163640
An apartheid terrorist state to police the world? What a brilliant idea.