THE STORY OF INFLUENZA. AN IMPORTANT TALE TO TELL YOUR FRIENDS.

THE STORY OF INFLUENZA. AN IMPORTANT TALE TO TELL YOUR FRIENDS.
NO ONE TO VOTE FOR
14 May 2020

It is highly recommended that readers use the following uncontroversial, historical detail as a (rather bland and unobtrusive) instrument that just might wake up those who are still sleeping.

The word "influenza" originated in Italy. The first record of this strange and inexplicable illness  occurred around the year 1580. As the phenomenon recurred, acute observers recognised that it tended to 'pop up' simultaneously in multiple locations, sometimes on multiple continents. In an effort to explain this cognitively dissonant fact, Italian 'scientists' examined sun-spot records and noticed that outbreaks always seemed to coincide with peaks of sun-spot activity.

They understood that when the sun's surface (or CORONA) was most active, there were mass-ejections from the sun that manifested as spectacular displays of the Aurora Borealis in northern climes and that there were also magnetic effects (or magnetic 'waves') from the sun that struck the earth with uncommon intensity at these times.

Thus the word "INFLUENZA became the name of this illness. "Influenza" being short for "Influenza delle stelle" ...  INFLUENCE OF THE STARS.

So, by the early 1600s European scientists had worked out that the cause of the illness now known as 'influenza' was the effect of unusual magnetic waves impacting the human body.

This "flu" narrative was accepted throughout the 1700s and 1800s. There were multiple references to the illnesses brought on by the proliferation of telegraph communications and the installation of AC power grids in US cities. Some of the reported effects were very serious for the persons involved, listlessness, loss of energy, depression, headaches and much more*.

The 'electric/magnetic' causation narrative continued as a model for explaining 'flu' symptoms right up until about 1920 and the global catastrophe of 1918/19 that was 'The Spanish Flu'.

Again, this illness spread so fast that scientists could not explain the rate of contagion by human-to-human transfer of particles but it was the SECOND WAVE of Spanish Flu that killed tens of millions of people right across the world.

The US Surgeon General ordered a series of investigations into the nature of this disastrous contagion. One such series of experiments were conducted using 100 healthy volunteers from the US Navy by bringing them into close, controlled contact with patients suffering from the illness. A number of tests were repeatedly performed. Blood was extracted from the sick and injected into the volunteers. Patients spat into trays and the uninfected drank their sputum. Patients sneezed and coughed while volunteers, nose-to-nose, inhaled the droplets ejected as deeply as they could.

Doctors found, to the amazement of many, that NONE OF THE VOLUNTEERS GOT SICK.

This 'Influenza' COULD NOT BE TRANSFERRED FROM ONE PERSON TO ANOTHER.

IT WAS NOT CONTAGIOUS.

Many scientists and thinkers of the day, such as Rudolf Steiner, declared that the apparent "contagion" was the result of simultaneous exposure to the new RADIO WAVES (electro-magnetic frequencies) that were being broadcast for the first time across almost the entire world.

Given that 50 million died, ELECTRICITY AS POTENTIAL CAUSE OF DEATH was not an idea that our finance rulers could allow the public at large to believe. This awareness was excluded from the public domain and the false 'virus' narrative was invented to explain 'the flu'.

If the public had been allowed to think that electrical installations and the radiation thereof might KILL them, then the entire 20th Century couldn't have happened. All plans for development, industrialisation and corporate profits involved electricity. The establishment needed another story.

They got it. The 'virus' narrative exactly mirrors the 'new EMF' narrative of causation of influenza.

A virus keeps mutating. Our bodies adjust to the old virus/emf frequency and we are then OK until a new mutation/new frequency comes along.

People should be aware that:

1) As German New Medicine has been asserting since the 1980s, no virus has ever been isolated or purified from human tissue .... though it is easy to do this with viruses found on algae, for instance. GNM says that the 'virus model' for disease is fictional nonsense. Having read two of GNM's publications on this subject, it is impossible to disagree.

2) 'Electrical' diseases (like influenza) appear to affect some individuals very badly and others hardly at all.
During the Spanish Flu it was noticed that the worst symptoms occurred in young, healthy people between the ages of about 20 and 35. They often did not die, but they suffered the most. I noticed this same phenomenon during the recent period of the COVID flus. Young adults got it worst. It was they who lost their senses of taste and smell, for instance, and were laid up in bed with fevers.
In the early 1920s there is a record of a doctor writing a newspaper column wondering publicly if his advice to patients to "keep themselves healthy" might be bad advice given that being healthy made you most vulnerable to extreme suffering during this illness.

3) The fact that some were not vulnerable to the flu (did anyone notice during this year's so-called-pandemic that one person in a family could fall hard to the illness whilst a sibling or parent in the same house did not catch it at all?) ... this allowed the powerful, using Sigmund Freud as a mouthpiece, to declare that because only some were affected, then all claims of "electrical ailments" have purely psychological causes. They are illnesses of the imagination, hypnotically self-induced ... they have no basis in physical reality.

.... and here we are today, collectively acting as though proximity to our neighbour might place us in mortal peril.

There is no debate re the good sense of this approach (even if such contagion was reality, this strategy for dealing with the illness is stupid). There is zero debate allowed regarding possible EMF causation to the recent pandemic.

... even though many experts, including Barry Trower, have clearly described the terrible dangers of the new system being constructed around us as we speak.
... even though we know that frequencies and intensities broadcast from the new masts are computer-controlled and we can be zapped by whatever chosen frequencies or intensities our rulers choose to use. The phone companies have completed their research on the effects of the broadcast signals but they refuse to share the data they have gleaned from experiments.

The very mention of new generation mobile phone masts is forbidden in the public domain. Until this vital issue is freely and fairly debated we must reserve the right to believe that we are being lied to about everything, that the real danger to our good health, the weapon that is being used to drive us towards our rulers' desired (and stated) goals is selected formations and broadcast intensities from the new mobile phone transmitters that have recently been erected above a pavement very close to your home.

Our rulers are pursuing an agenda and they will not stop now.

Something terrible is coming. The recent illness gave many victims 'Hypoxia lite' (their body's haemoglobin could not fully absorb the oxygen they inhaled). The second wave will be way worse than the first. The first was a practice (a " live exercise" as Pompeo called it). Illness, war, financial collapse, famine ... anything is possible ... but, whatever happens, expect it to be bad.

... we will soon endure the darkest hours before a new and wonderful dawn. We have collectively swallowed many barrels of poisonous, Satanic lies.

However, we must be of good heart for soon we will know the truth and that truth will set the whole world free.

* P.S. The most important book written this century, so far, is surely Arthur Firstenberg's "The Invisible Rainbow" from which most of the information in the above article was taken. 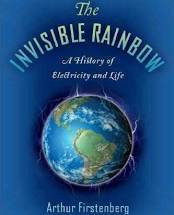 Every chapter contains breathtaking information (regarding all kinds of issues not mentioned above), information of which everybody should be aware.

Original, with emphasis  https://wwwkevboyle.blogspot.com/2020/05/the-story-of-influenza-important-tale.html
Thanks to the author. Nicely done.
The people behind the hoax need to be taken out of circulation so the execise cannot be repeated with worse symptoms.
Interesting that it has been alleged that human genetic stuf has been found in the alleged pathogen. The G120 proteins?.

Commented:
Franz15 May 2020 at 06:55
Read it over the last three weeks, off and on. Despite being "essential" and working, I agree Firstenberg's book is a major breakthrough and I fully believe he spent decades training, researching, and presenting it in a masterful way that even a complete layman new to the subject can absorb it with ease.

And it's scary: No major print media outlet in the USA reviewed it to the best of my knowledge. Three people I know are electrosensitive, one a family member. There's nothing rare about it. Some people think they are NOT sensitive in any way, then develop heart disease. As Dr. Firstenberg notes, there was essentially no heart disease before power lines and EM waves.
Those of us outside the mainstream media have to get the word out. My strategy is donating copies to libraries where I can... and right now all of them are closed because of the Corona hoax. Possibly not a coincidence.
---
Summary in English:
https://www.5gexposed.com/wp-content/uploads/2019/04/English-Summary-of-The-Invisible-Rainbow-A-History-of-Electricity-and-Life-3.pdf