Bojo'd brexit. Not even vaguely out, by any stretch of the imagination

The Boris (Merkel-May Royalists) bodged Brexit. Out means out. We are not out.
All politicians lie, as if their life depended on it. Boris should be shown what out means. A petition should be made calling for Boris to step down for having failed to fulfill his single mandate and for ceding more sovereignty to the enemy.
The Illuminati Khazar Jesuit and international Khazar bankers that run the E.U. conveyor belt law production and wealth confiscation machine are a bunch of common thieves whose ideology is founded in Khazar and Black Nobility banditry and Bolshevism, collectively, satanic globalists that have managed to induct a large number of bureaucrats and politicians into their mafiaesque scheme of collectivisation (Communism) mainly through childish but deadly Talmudicised Masonry blood oaths and by bribery using public funds. It is unclear whose anus graces the pyramid peak but it is likely a toss-up between the Pope of the day (Roman Empire, religion), the Black Nobility leader of the day (British Empire, military) or a Zionist banker of the day (Financial Empire, economy) whose title is synonymous with criminal and murderer. Or perhaps it's a group squat.
Still the UK Inc. taxation corporation continues to plunder the nation on behalf of the Satanic globalists.
Thank bodger Boris. I imagine his EU "reward" rivals Cameron's and May's. Dual loyalty should have no place in Parliament yet almost if not all Con men are beneficiaries of the Friends of Israel, Israel being and a Masonic genocidal and apartheid corporation that supports and practices terrorism and international assassination.
Floater Boris has to go, he represents what we voted to flush.

[Brexit did not happen on the 31st Jan 2020. What we were given was a ceding of more power to criminals by a criminal that pretends to represent us, but doesn't. Cc]

Parliament Square is the site, muddied by rain, trodden by hundreds who have made it their celebratory space.  The Leave Means Leave official website had been busy for weeks, thrilled about January 31 and the fact that that Britain would finally be leaving that beastly collective they know as the European Union.  Those who promised to be in attendance were the usual suspects of the Little England brigade who had been so successful in convincing citizens that leaving the European Union was tantamount to gaining one’s freedom from a stifling oppressor.  Over time, the EU had become a figure no less savoury and vicious than Hitler, an achievement of branding if ever there was one.

London is ground zero for the anti-Brexit sentiment that clings to this city with depressing dedication.  It is the Leavers’ primary target, and affirmation they have won.  Vae victis – woe to the vanquished – is a sentiment they seem to relish, though few would know the provenance of the term.  There are parties taking place celebrating the event across this wounded city, daggers into the heart of the metropolitan centre.  During the day, London talkback radio was bubbling and humming with an upbeat note in the morning, occasionally moving into a state of delirium.  Some, it seemed, had already been on the sauce.  Bikers for Brexit, for instance, were happy to share their views about the “revelation” that their freedom was being returned; that the “tyranny” of the European Union was finally being overthrown.

A good number of callers could not see what the fuss was all about.  “We can trade with Europe; we can still trade with Europe,” suggested a sozzled David, who promised to be nursing a brandy as the celebrations commenced.  But beyond trade, David’s true colours showed.  The EU had been responsible for the sort of immigration that that had produced “beggars” and the “homeless” problem in Britain.  No mention was made of the industrious contributions of those millions, spearheaded by the Poles.

Robert was particularly irate at the divisions.  As an arch Leaver living in a Remain borough, he faced the cancellations of play dates for his children, a feeling of having contracted leprosy.  His account was marked by breezy uses of “apparently” (“Old people voted for Brexit, apparently”.)  But the caller was clear: he was definitely not racist, because “I’m black.”

Anecdotes seemed to be the order of the day, an easy if questionable form of data sampling.  Craig from Shoreditch spoke of “the Pole, the Israeli, and the Czech” who told him what a good thing Britain was doing against a seventy-year old effort to initiate a “global takeover”.  One had to “fight the system”.  This, it seemed, entailed voting for the very same man with system etched on his forehead.

By the afternoon, the mood had moderated, though still dominated by the theme of hope that Prime Minister Boris Johnson had reiterated for months.  On radio, Vincenzo from Sheffield felt he had little to celebrate.  He had been in Britain for four decades as had others of his generation. “They forgot us,” he lamented.  Another spoke of moving to Ireland and chasing up his business contacts there, abandoning this sceptred Isle of Idiots.

By 5 in the evening, the dissenters had vanished from Parliament Square with their mild, even defeated voices, with placards such as “We’ll be back” and “You have destroyed my future career and dreams.”  Predictably, the statue of Winston Churchill found itself the subject of much attention.  There were posters such as the “Restoration Bill 2020” appended at the base, a document scatterbrained and meandering in its clauses.  The authors wished for all EU flags to be removed from buildings, fishing rights restored exclusively to Britain, a re-instatement of the Magna Carta and the abolition of hate-speech laws.  Evidently unaware that British law and EU law have nourished and influenced each other over almost a half century, such documents become parochial venom to direct at those in disagreement.  Just to keep with that theme, a rotund gentleman, cheeks red and defiantly moving his placard around before Churchill’s indifferent gaze, was giving tips on how to tell a “Remoaner from a Remainer.”  The former, spat his message, are offered money to betray their country.

There are pockets on the square gradually growing in number, but at this time, they resemble devotees of a cult.  Like Sadhus in a trance, several men dance before drum beats, their eyes shut, limbs a jumble of ecstatic movements and gyration.  Donald Trump inspired imitation Stetsons are handed out, albeit sporting the Union Jack on flimsy material.  Others in attendance seem to resemble an animal species preserved in a sanctuary, making Parliament Square something of a historical zoo.  A man decked in full Union Jack regalia from head to toe, his dark skin and flashing grin a striking contrast to his outfit, terrifies some of those who have decided to see spectacle.

As the Brexiters had failed in getting their Big Ben to bong for 11 in the evening, a makeshift miniature was assembled on the square, with the more modest title of “Little Ben”.  Makeshift Little Ben was plastered with “Democracy”, “Sovereignty”, boasting a small bell to sound by anybody wishing to partake.  The drum attached below the small makeshift tower, which resembled a haphazard paper construction, was belted with manic delight.

Covering the show was an entire regiment of press officials and support staff from any number of countries.  They seemed as bemused as anybody else, adjusting their cameras and mikes between the statues of Churchill and Jan Smuts, with an illuminated Westminster as the backdrop.  A few interviewees were already being drawn in, their eyes sparklingly enthusiastic about what is to come.

The hour duly arrived and, impressive as ever on timing, comes Nigel Farage, a man who has been paid from EU funds as a member of the European Parliament for years, yet has never won a seat in Britain’s parliament.  To be paid by the enemy, it seems, is not a form of betrayal, except when others do it.  “The war is over,” he declares emphatically.  “The vast majority of people who voted Remain now say we’re a democratic country and its right we accept Brexit.”

The sense that this is done and dusted for those who wished to exit the EU is unshakeable.  It ignores the obvious point that the machinery that will extricate Britain is still to be hammered out, sorted and implemented between British negotiators and their counterparts in Brussels.  The EU strategy on this is to bring in the squeeze after those months are out, imposing what will be a form of moderated misery.  January 31 is but a symbolic day; the practical cruelties and nastiness will only be felt once the transition period expires, when the bureaucrats so loathed by the populists will have their say.  For now, Britain continues to pay EU dues without any representation. Not exactly independence, by any stretch of the imagination.
Source: https://www.globalresearch.ca/brexit-day/5702539

Is Boris, like the homo perverts Heath, Jenkins and Blair (and likely Cameron) a DVD ass et?
(Perhaps another degree of gender has been established. #Homopervertopolitico.)

Underground War
If true, in the underground war 35,000 children have been "liberated" from the complex of cities and tunnels under America. The E.U. corporation coterie and Israel Inc. associated U.K. regime corporation sychophants are not innocent in the farming of children for unspeakably wicked purposes. 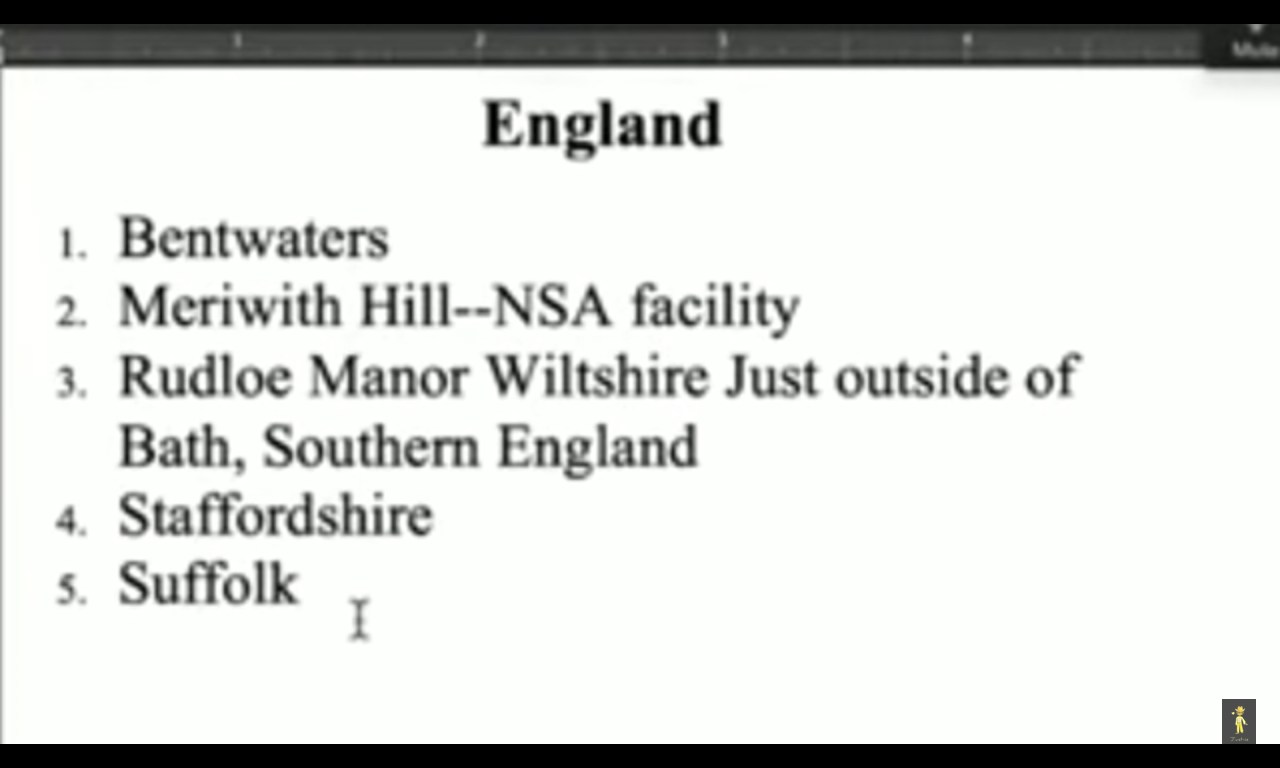 And the Brecon Beacons. None in Scotland, Ireland? No reports of smoke and flames from drains at any of the above locations, so far.

The series is all coming from interpretation of hidden meanings in communications, unproven far seeing, assignation of underground tremors to nukes that could be ongoing construction, divination, and cartoon out-takes of Alice.
Unfortunately bodies have to burned to avoid contamination so you'll never see pictures of an alien, demon or GM human in its natural state. And lots of unrelated incidental info such as flag waving state and religious propaganda bulk out the amateurish vids.
That the DUMBs and underground tunnels exist is beyond doubt. Their extent is an eye opener. That they have been constructed for other than taxpayer benefit and using trillions of tax funds without taxpayer permission should be enough to cause a revolution without need for anything else.

Watch with an open mind, but not so open your brains fall out.
https://www.youtube.com/watch?v=_2e5WxiABMU
Comments are worth a look.

Film and cartoon. I'm just praying that it's true info.

Boris seems unconcerned. Apart from a few top criminals, there has been no noticable exodus of Illuminati Jesuit Khazars from the E.U. stage. I wonder whether the NZ pop'n is growing and if so why? Its proximity to Antarctica perhaps.
Antarctica And Human Cloning. What's Under The Ice
https://www.youtube.com/watch?v=QganWkVYafQ&feature=youtu.be

Are these alleged altered humans susceptible to 5G DEWs? If not, then the 5G weaponry being deployed to space (30,000 satellites) is for use against us.
Run traitors, run traitors, run, run, run, go get the patriot his gun, gun, gun.

The War of the Worlds in the 30's and 9-11 Twin Towers demolition, a globalist insurance con, broadcast in 2001 as if factual had millions fooled. (We still don't know which think tank (PNAC? Club of Rome?) came up with the plan for 9-11 that seems to have been an MIC play.)