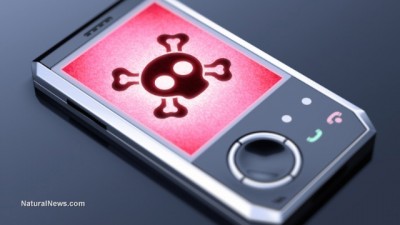 We bring to the attention of our readers this important scientific report on the health impacts of cellphone radio frequency radiation.

Radiation exposure has long been a concern for the public, policy makers, and health researchers. Beginning with radar during World War II, human exposure to radio-frequency radiation1 (RFR) technologies has grown substantially over time. In 2011, the International Agency for Research on Cancer (IARC) reviewed the published literature and categorized RFR as a “possible” (Group 2B) human carcinogen. A broad range of adverse human health effects associated with RFR have been reported since the IARC review.

Of particular concern are the effects of RFR exposure on the developing brain in children.

Compared with an adult male, a cell phone held against the head of a child exposes deeper brain structures to greater radiation doses per unit volume, and the young, thin skull’s bone marrow absorbs a roughly 10-fold higher local dose. Experimental and observational studies also suggest that men who keep cell phones in their trouser pockets have significantly lower sperm counts and significantly impaired sperm motility and morphology, including mitochondrial DNA damage. Based on the accumulated evidence, we recommend that IARC re-evaluate its 2011 classification of the human carcinogenicity of RFR, and that WHO complete a systematic review of multiple other health effects such as sperm damage. In the interim, current knowledge provides justification for governments, public health authorities, and physicians/allied health professionals to warn the population that having a cell phone next to the body is harmful, and to support measures to reduce all exposures to RFR.

We live in a generation that relies heavily on technology. Whether for personal use or work, wireless devices, such as cell phones, are commonly used around the world, and exposure to radio-frequency radiation (RFR) is widespread, including in public spaces (1, 2).

In this review, we address the current scientific evidence on health risks from exposure to RFR, which is in the non-ionizing frequency range. We focus here on human health effects, but also note evidence that RFR can cause physiological and/or morphological effects on bees, plants and trees (3–5).

We recognize a diversity of opinions on the potential adverse effects of RFR exposure from cell or mobile phones and other wireless transmitting devices (WTDs) including cordless phones and Wi-Fi. The paradigmatic approach in cancer epidemiology, which considers the body of epidemiological, toxicological, and mechanistic/cellular evidence when assessing causality, is applied.

Since 1998, the International Commission on Non-Ionizing Radiation Protection (ICNIRP) has maintained that no evidence of adverse biological effects of RFR exist, other than tissue heating at exposures above prescribed thresholds (6).

In contrast, in 2011, an expert working group of the International Agency for Research on Cancer (IARC) categorized RFR emitted by cell phones and other WTDs as a Group 2B (“possible”) human carcinogen (7).

As a result of rapid growth rates and the greater vulnerability of developing nervous systems, the long-term risks to children from RFR exposure from cell phones and other WTDs are expected to be greater than those to adults (38). By analogy with other carcinogens, longer opportunities for exposure due to earlier use of cell phones and other WTDs could be associated with greater cancer risks in later life.

At the time of writing, a total of 32 countries or governmental bodies within these countries4 have issued policies and health recommendations concerning exposure to RFR (78). Three U.S. states have issued advisories to limit exposure to RFR (81–83) and the Worcester Massachusetts Public Schools (84) voted to post precautionary guidelines on Wi-Fi radiation on its website. In France, Wi-Fi has been removed from pre-schools and ordered to be shut off in elementary schools when not in use, and children aged 16 years or under are banned from bringing cell phones to school (85). Because the national test agency found 9 out of 10 phones exceeded permissible radiation limits, France is also recalling several million phones.

We therefore recommend the following:

1. Governmental and institutional support of data collection and analysis to monitor potential links between RFR associated with wireless technology and cancers, sperm, the heart, the nervous system, sleep, vision and hearing, and effects on children.

2. Further dissemination of information regarding potential health risk information that is in wireless devices and manuals is necessary to respect users’ Right To Know. Cautionary statements and protective measures should be posted on packaging and at points of sale. Governments should follow the practice of France, Israel and Belgium and mandate labeling, as for tobacco and alcohol.

3. Regulations should require that any WTD that could be used or carried directly against the skin (e.g., a cell phone) or in close proximity (e.g., a device being used on the lap of a small child) be tested appropriately as used, and that this information be prominently displayed at point of sale, on packaging, and both on the exterior and within the device.

4. IARC should convene a new working group to update the categorization of RFR, including current scientific findings that highlight, in particular, risks to youngsters of subsequent cancers. We note that an IARC Advisory Group has recently recommended that RFR should be re-evaluated by the IARC Monographs program with high priority.

6. Emerging human evidence is confirming animal evidence of developmental problems with RFR exposure during pregnancy. RFR sources should be avoided and distanced from expectant mothers, as recommended by physicians and scientists (babysafeproject.org).

7. Other countries should follow France, limiting RFR exposure in children under 16 years of age.

8. Cell towers should be distanced from homes, daycare centers, schools, and places frequented by pregnant women, men who wish to father healthy children, and the young.

Note to readers: please click the share buttons above or below. Forward this article to your email lists. Crosspost on your blog site, internet forums. etc.