It will be a long, long time before the hydrocarbon mafia can play us for suckers again with that con.
Oil is produced naturally without any need for biomass, otherwise we would have run out a long time ago. There are planets that have hydrocarbon atmospheres that have never seen a blade of grass, let alone a tree. Hydrocarbons from which oil and gas are produced occur naturally and are abundant throughout our corner of the universe.
Each and every scientist, oil and gas corporation and stock market racketeer that has promoted the peak oil BS needs to be put in front of an honest judge appointed by humans, not governments.

Russia Today News 1 Dec, 2017
A new oil deposit holding more than a billion tons of crude has been found in China, reports the official Xinhua News agency. The discovery was made by the Chinese National Petroleum Corp (CNPC) in the Juggar Basin in the Xinjiang region.

“Nearly 1.24 billion tons of crude have been found so far with about 520 million tons of proven reserves,” officials at the state’s company subsidiary PetroChina told the media.

The company stressed the discovery came after ten years of geological exploration in the area.

Chinese oil majors such as PetroChina and China National Offshore Oil Corporation have been ramping up exploration efforts as domestic output from fading oil wells keeps falling, according to Reuters. PetroChina officials said the company has increased production capacity at its Xinjiang oilfield by 1.38 million tons this year or about 27,000 barrels per day. 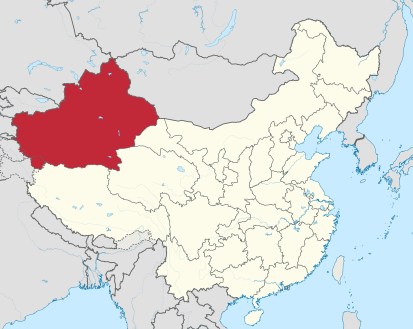 Peak Climate
As the climate cools will we see governments paying humans (refunding the criminal carbon taxes)
to produce more CO2 in a vain effort to offset climate cooling?
Snowing (near sea level) in Wales today.