If the stories about nanites are more than simple fear mongering, from what I've read and seen patents for, it appears possible to control people remotely, then the sad sickos may have created a second secret army, the first being Freemasonry. I suggest scientists and researchers get busy reversing the alterations caused by the vaxecution injections. What DC voltage would it take to cause the nanites to disassemble? Is it possible to determine what frequencies the operate under and what it would take to overload them?
Has the oft mentioned "secret cure" called Suramin been tested on vaxecution victims? Have any politicians actually been injected with the crap? They could be guinea pigs.
.
Fid. Anna published details of the bioweapon.
http://annavonreitz.com/bioweapon.pdf 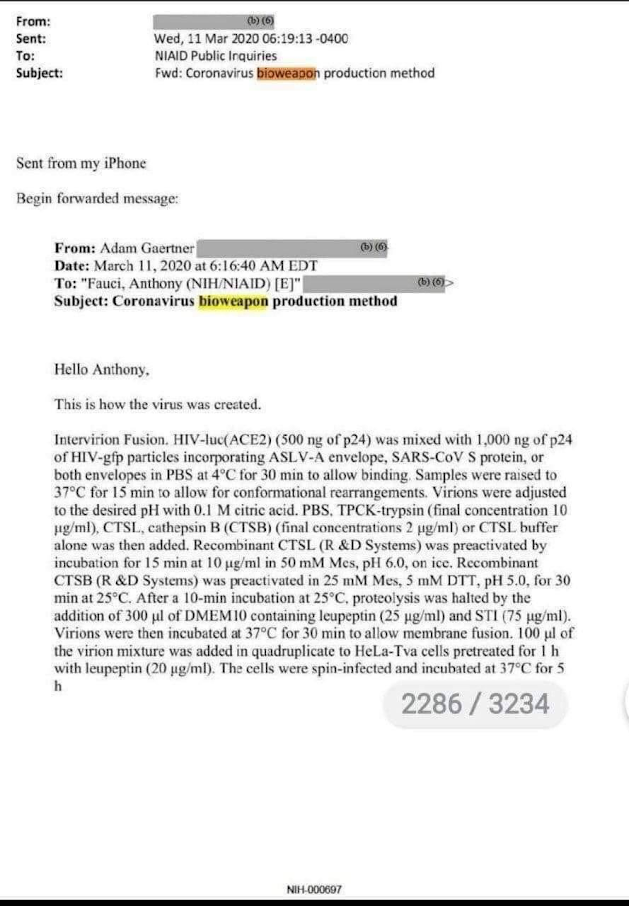 Click for a bgger pic. Source Paul Stramer, pic is linked.
.
Regime Corporation Enabled Scams
What sad, sick and evil but clever con men gave us:
.
The loonatics behind the 4th Reich-Zio-Fabian Satanic single corporation world government project needed to fund it. UN contributions being insufficient to buy every corporation government and pay the likes of Cameron, May, Blair, Heath, Johnson and such like scrapings of the barrel of humanity. Along came the global carbon tax project presented by the Pilgrims think tank called the Club of Rome. The Green-Agenda site revealed the A - Z of it very early in the game.
https://web.archive.org/web/20191204110700/http://green-agenda.com/

Here are some quotes from the home page;

"The common enemy of humanity is man. In searching for a new enemy to unite us, we came up with the idea that pollution, the threat of global warming, water shortages, famine and the like would fit the bill. All these dangers are caused by human intervention, and it is only through changed attitudes and behavior that they can be overcome.
The real enemy then, is humanity itself."
- Club of Rome, premier environmental think-tank, consultants to the United Nations
(Replace "human intervention" with "military and industrial pollution for profit and global failure of corporation governments")
~~~
"No matter if the science of global warming is all phony... climate change provides the greatest opportunity to bring about justice and equality in the world."
- Christine Stewart, former Canadian Minister of the Environment
~~~
“The data doesn't matter. We're not basing our recommendations on the data. We're basing them on the climate models.”
- Prof. Chris Folland,
Hadley Centre for Climate Prediction and Research
~~~

Spin-off confidence tricks like creating new currencies from thin air - carbon credits being the most blatant, green energy like wind farms that don't work when the wind doesn't blow at the right speed, that cause harm to nature and solar panel farms that don't work when it's cloudy or dark, damage the environment, both create pollution from the mining of needed rare earths. Hydroelectric brings its own problems, destruction of habitat and towns and villages and the effect on tectonics due to the introduction of a vast weight of water where it wasn't before. Ignorant countries that were sold the package by faithless regimes found themselves powerless at peak times and energy had to be bought in from foreign countries that hadn't abandoned hydrocarbon energy production, mainly coal. Still the dimmest of the dimmest join environmental groups that want to keep on promoting the doomed to fail wind and solar whose existence depends on vast subsidies at taxpayers' expense, mostly gained by stakeholder lobbyists with pockets made deep by subsidies, that of course sponsor political parties, universities, scientists and the gang-green part of the environmentalist movement.

The gang-green agenda that depends totally on the coerced belief that the CO2 molecule that constitutes a 4 hundredths part of 1% of the atmosphere controls the climate by reacting with an almost zero energy range of IR. The only measurable consequence of increasing the total volume of CO2 being a lowering of the height of absorption to extinction from perhaps 5 metres to 4. Wanna buy a bridge?
A whistle blower revealed the true purpose of the CO2 tax that was the main objective of the CO2 scam. Wealth transfer to the control of establishment NGOs established specifically for the purpose of funding the OWG Inc., principally the UN along with 'green' investment banks, the IMF and the Global Environment Fund bank come to mind, that receive unwarranted generous donations from tax funds..

The same playbook used for the CO2 confidence trick is being used for the "deadly new virus" scam. Parts of other establishment con tricks have been employed, 9-11, Sandy Hook and so on.
My original thought was that they'd spring a COVID tax that turned out to be local Council and state protection forces' fines for not obeying the Board of Directors' Jew corporation regime's fascistically imposed "suggestions".

COVID is a psy-op. It is rarely fatal seasonal flu that is caused by EM radiation poisoning due to densification of electrosmog, the latest densification being driven by occupation regime corporation enabled telecom imposition of experimental 4th generation upgrades and 5G frequencies. It is a 24-7 exposure whose symptoms become pronounced in winter as the immune - defence systems are weakened by cooler weather. There has never been a flu virus, it has always been a confidence trick established by the eugenicist Rockefeller Foundation and which company's forbearer Institute was responsible for mass murdering many thousands using the Spanish Flu with its for profit toxic "vaccines". Bacterial lung diseases caused by inhalation of bacteria from masks killed many more. Luckily tax funded incentivised intubation wasn't available at that time.

Variable mixed signal 3G to 5G constitutes a grid weapon simply by increasing the signal strength. Reports inform that far greater electrical capacity than is required by simple phone requirements has already been installed. With a very high degree of probability 6G is already being employed by treasonous incorporated (sell-out) militaries.

See Mish Talk -
Global Warming Fraud Exposed In Pictures
Climate change alarmists have convinced the public something must be done now. The reports are easily debunked as fraud.
https://moneymaven.io/mishtalk/economics/global-warming-fraud-exposed-in-pictures-bA-1mNrK0kiarserpfa9iA
Here's the missing vid:
.
Alternate address for Tony Heller's, "My Gift to Climate Alarmists."
https://www.bitchute.com/video/fmQuAsFvDOgQ/
.
So far from the COVID scam we've seen the almost instant imposition of highly profitable vaxecution jabs whose experimental nature and availability of alternate already proven over the counter and prescription cures made them TOTALLY ILLEGAL. Totally useless and harmful mask imposition in return for, huge profits due to free supply by Chinese producers, likely subsidised by the KJ controlled CCP regime that seems to work in partnership with the KJ and Rockefeller controlled western corporation state, national and local admins and health authorities like the WHO, CDC and NIHs. We've seen subsidised murder by intubation, the subsidised forging of death certificates, and all kinds of new impositions, committees and NGOs getting in on the act, at taxpayer expense. Waiting for a vax tax. They are already imposing vax id passports.
Large supermarkets, airlines, Ebay, Amazon and other corporations are on board the BIS' WEF Global Reset to digital that is being slid in under cover of the COVID fraud.
.
---0---
.
If the people knew what the new currency system is, they wouldn't accept it
.
Planet Lockdown With Catherine Austin Fitts
Light of Truth
The Light
Bitchute April 2nd, 2021
.
Geopolitical and Financial Analyst of Solarireport.com sits down to break down the real reason behind lockdowns and the covid-19 "pandemic"
Catherine's analysis can be found at: https://home.solari.com (Couldn't find it. Cc)
To see more from the Planet Lockdown series, click here --> https://planetlockdownfilm.com/full-interviews/
https://www.bitchute.com/video/Us7YUsU2Q4T9/