---
In America, here seems to be a choice. Support the American Government to contract an honest governmental services corporation or create an unincorporated group as a Government department, (apparently when any company is incorporated, it is incorporated into the Crown corporation) or go with being tax stock items. IMO.
See this place for more info. https://theamericanstatesassembly.net/

---
Reflecting on the findings of the Russian autopsy of a claimed COVID virus victim. The presence of radiation damaged bacteria implicates telecom ranges of EM radiation in blood clotting beyond cell clumping. 5G has been restricted to military use in Russia, was the victim civvy or military? Civvy would move the source of the damage down the G scale. It also raises the question why the WHO sacks forbade autopsies. Puppets (whose?) or confidence trick participants? All deaths assigned to the mythical COVID need to be examined and autopsies carried out. Many were killed deliberately.
.
A British Inquisition
In GB, the ultimate buck stops at the City (Masonic Crown Corporation) and its occupation regime corporation and assemblies, but as well as seeing those sacks tried and killed, the actual murderers need to be found. If Mason or Common Purpose, their handlers need to be outed. There is no place in society for those kind of people, and no place in mankind. If no Common Law Courts are established to deal with them then Common Law Sheriffs need to be appointed and posses organised to round the murderers up. The former Police are controlled by Satinists, as are the armed forces from all appearances so no use looking there for justice. The state courts only deal with the non living. They can have the corpses, else burn them and scatter their ashes on landfill sites. Sworn witness testimony from at least two witnesses with character references should be the minimum requirement to hang or garotte any of them. The entire occupation regime corporation membership is guilty of treason. No further indictment is needed. Squealers can be given the option how they are to be killed.
The sooner this response is commenced, the sooner the nightmare ends.
In my opinion.
An investigation into what is being sparayed on us needs to be established. Presumably the miltary is doing the most harmful grid pattern spraying that forms clouds that are then seeded to make it rain. Why? What needs to be conveyed to the surface?
.
---
HAVE ANY OF THE SACKS OCCUPYING OUR GOVERNMENT BUILDINGS TOLD US THAT ALL THE INJECTIONS ARE EXPERIMENTAL, NOT VACCINES AND THEREFORE NOT COVERED BY LIABILITY EXEMPTIONS?

---
If the fake virus - fake vaccine scam isn't ended, we'll be stuck with fake vaccinations and Telecom EM radiation poisoning 'flu' forever.
The vaccinations' stakeholder industry funds news media, political parties, so-called representatives, university departments and other useful idiots and con men to persuade you to get vaccinated against telecom EM radiation poisoning (that causes all the flu symptoms) with a concoction that doesn't protect you against telecom radiation poisoning and that either doesn't or could, might, may ease your runny nose and sore throat. It does interfere with the DNA-RNA-protein relationship and permanently alters your genes.
Did you know there is a company that is using coronaviruses to heal people?
.
Here's Dr Thomas with some commonsense views on the alleged trans-person spike protein.
It would be interesting to hear his views on the outcome of the Russian autopsy of an alleged COVID victim, "the COVID disease is caused by bacteria exhibiting radiation damage". Link 1 Link 2
.
Vaccine Shedding By Dr. Thomas Cowan
Bitchute
First published at 10:33 UTC on May 16th, 2021.
#DRTHOMASCOWAN #VACCINESHEDDING #EARTHNEWSPAPER
EarthNewspaper.com
All The Honest News Fit To Publish

Vaccine Shedding webinar from Friday, May 14th, 2021
Topics Include
Is there evidence that vaccinated people can in some way make unvaccinated people sick?
Are there any plausible biological mechanisms that would cause this to happen?
This is an example of public health failure & disaster- there needs to be an investigation into this issue
There is a scientific process that should be followed when trying to understand new phenomena

( Collapse )
.
---0---
.
Rejecting Rockefeller Germ Theory Once and for All
by Jon Rappoport,
No More Fake News March 25, 2021
Note: In a number of articles, I’ve offered compelling evidence that the deaths attributed to COVID-19 can be explained without reference to a virus. Furthermore, whatever merits “alternative treatments” may have, I see no convincing evidence their action has anything to do with “neutralizing a virus.”
The entire tragic, criminal, murderous, stupid, farcical COVID fraud is based on a hundred years of Rockefeller medicine—a pharmaceutical tyranny in which the enduring headline is:

In the absence of those hundred years of false science and propaganda, COVID-19 promotion would have gone over like a bad joke. A few sour laughs, and then nothing, except people going on with their lives.

The overall health of an individual human being has to do with factors entirely unrelated to “one disease, one germ.”
As I quoted, for example, at the end of a recent article—
“The combined death rate from scarlet fever, diphtheria, whooping cough and measles among children up to fifteen shows that nearly 90 percent of the total decline in mortality between 1860 and 1965 had occurred before the introduction of antibiotics and widespread immunization. In part, this recession may be attributed to improved housing and to a decrease in the virulence of micro-organisms, but by far the most important factor was a higher host-resistance due to better nutrition.” Ivan Illich, Medical Nemesis, Bantam Books, 1977

And Robert F Kennedy, Jr.: “After extensively studying a century of recorded data, the Centers for Disease Control and Prevention and Johns Hopkins researchers concluded: ‘Thus vaccinations does not account for the impressive declines in mortality from infectious diseases seen in the first half of the twentieth century’.”

“Similarly, in 1977, Boston University epidemiologists (and husband and wife) John and Sonja McKinlay published their seminal work in the Millbank Memorial Fund Quarterly on the role that vaccines (and other medical interventions) played in the massive 74% decline in mortality seen in the twentieth century: ‘The Questionable Contribution of Medical Measures to the Decline of Mortality in the United States in the Twentieth Century’.”

“In this article, which was formerly required reading in U.S. medical schools, the McKinlays pointed out that 92.3% of the mortality rate decline happened between 1900 and 1950, before most vaccines existed, and that all medical measures, including antibiotics and surgeries, ‘appear to have contributed little to the overall decline in mortality in the United States since about 1900 — having in many instances been introduced several decades after a marked decline had already set in and having no detectable influence in most instances’.”

How the immune system (if it is a system) actually operates is beyond current medical hypotheses.
“T-cells, B-cells, neutrophils, monocytes, natural killer cells, proteins,” are welded into a breathless story about a military machine that attacks germ invaders. Push-pull. Search and destroy.
The notion that THIS is what creates health is fatuous.

Positive vitality is what keeps us healthy.
A few factors of positive vitality are on the tyrannical COVID list of what-should-be-squashed: financial survival; open mingling of friends and family; people looking (unmasked) at people; open communication without fear of censorship.
Nutrition and basic sanitation are key vitality factors, of course.
And then we have Purpose in Life: where are people pouring their creative energies?
Obviously, freedom from harmful medical treatment is necessary for vitality to flourish.
Suppression of LIFE, in order to stop a purported germ, is institutionalized death.

Modern medicine is sensationally exposed in a review I’ve mentioned dozens of time over the past 10 years: Authored by the late famous public health doctor at Johns Hopkins, Barbara Starfield, it is titled, “Is US Health Really the Best in the World?” It was published in the Journal of the American Medical Association on July 26, 2000
It found that, every year in the US, the medical system kills 225,000 people.
Per decade, the death toll would come to 2.25 million people.
You won’t find that in CDC reports.

In 2009, I interviewed Dr. Starfield. I asked her whether the federal government had undertaken a major effort to remedy medically caused death in America, and whether she had been sought to consult with the government in such an effort.

She answered no to both questions.
---
Jon Rappoport
The author of three explosive collections, THE MATRIX REVEALED, EXIT FROM THE MATRIX, and POWER OUTSIDE THE MATRIX, Jon Rapport was a candidate for a US Congressional seat in the 29th District of California. He maintains a consulting practice for private clients, the purpose of which is the expansion of personal creative power. Nominated for a Pulitzer Prize, he has worked as an investigative reporter for 30 years, writing articles on politics, medicine, and health for CBS Healthwatch, LA Weekly, Spin Magazine, Stern, and other newspapers and magazines in the US and Europe. Jon has delivered lectures and seminars on global politics, health, logic, and creative power to audiences around the world.
Connect with Jon at No More Fake News where you can also sign up for his newsletter.
nomorefakenews.com/.
Captap Truth Comes to Light
Original https://blog.nomorefakenews.com/2021/03/25/rejecting-rockefeller-germ-theory-once-and-for-all/
.
---0---
.
.
---0---
.
No New Normal - A Valid Question
Reddit
Posted byu/Nitrosus_ June 2 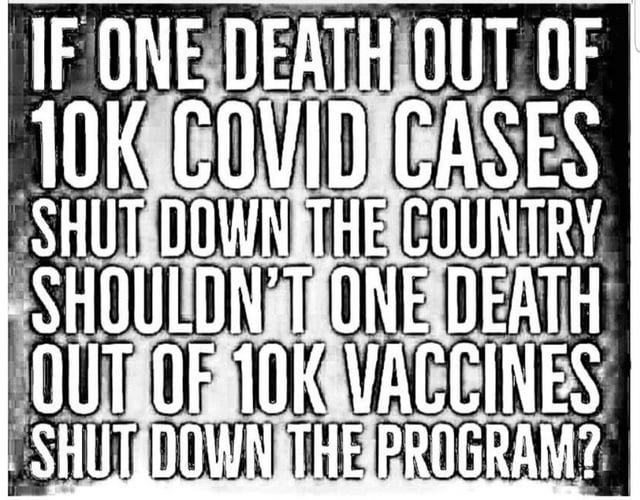