Fixed the Rumors' links, added some comments. Next post, last 2 Fulford Reports (is Benjamin being played like a violin, are the royals he is working with kiddie eaters? The Israelies and the controlled regimes condemning them look as if the Satanists are last gasping a nuclear attack on occupied Palestine or an Israeli attack on Iran (with the Ayatollah's blessing?), Russia evacuating its people suggests something big. and What Is Really Going On In India? (via AndiV)
.
Snake Oil News
Evidence of Self Spreading Vaccines Being Used For Depopulation
Greg Reese Infowars.com
May 11th 2021
Video
Commented
AmericanDragon1776 1 week ago
https://www.infowars.com/posts/evidence-of-self-spreading-vaccines-being-used-for-depopulation/?commentId=6f590fcf-49bb-4485-ab5b-abdba8dd8e0b
I still say that this does not sound like "pathogenic spreading". It sounds more like "nano-bot spreading".
After all,
Isn't the "trans-humanist" movement about merging biology with technology? I believe it has been admitted to, repeatedly by the "developers of the tech, that "they" want to inject "nano-bots" into every living thing. Now IF these nano-bots were capable of self-replicating by using the body's own raw materials, then THIS externalization of "nano-bot dispersal" (and "infecting/injecting" into other nearby bodies) would fit the description perfectly!
There needs to be a thorough investigation into WHAT is being transmitted from host to host, rather than a bunch of "guessing" and "assumptions"! I am finding it very difficult to believe that a mere "virus" of questionable survivability has all these capabilities, by itself.
Methinks the deliberate "self-vaccination" problem (being discussed here) is most likely from a more technological means. Just a theory, but a very plausible one!
---0---
.
Have you heard the one about a prostitute who got injected with a sexually transmissible disease that causes people's brains to liquify and drain from their ears? Without the woman suffering any symptoms she was able to zombify hundreds. It was later discovered that all injectees had this ability. Being devoid of a brain they were obviously immune.
Thank you God for pluralising my brain cell. Please make it so I can pass this gift to others in my dandruff.
Those pushing fear, the lockdowns, distancing and masking by selling "shed" propaganda need a pathogenic brick shed on them.
Has anyone even considered checking whether the alleged shed upon had been swabbed and all the frippery is to bury the fact that swabs contain toxins?
Because we are so gullible. I'm forced to ask if the creator of the rumour can be found by investigating recent bulk share purchases in dandruff shampoo producers?
Oh, are full body faraday cage stockings on the market yet?
All this tom foolery can be stopped by suing the telecoms into bankruptcy for knowingly causing actual bodily harm (Influenza) and taking down all the cell phone transmitters. And or jamming them meantime.
Are those hand held microwave weapons (DEWs) on the market yet? I expect they could fry the telecom cell phone stations, towers, boxes at 50 paces. Even those hidden by chimney pots, bushes etc.. Cc
---0---
.
MHRA NOT FIT FOR PURPOSE - Just another Gates - Rockefeller - Pilgrims snake oil peddler's' facade?

---0---
.
Blood portraits before and after being poisoned
Poisoned by the Gates etc. killer vaccines appropriately colloquially called the #vaxecution jab 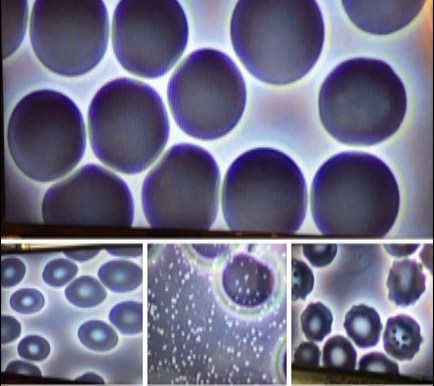 153News net 21st May
MattyD 4Truth
Video: https://153news.net/watch_video.php?v=S2YHSGA59W34
---0---
.
---0---
.
We have the WHO decreasing the PCR test that tests for hypothetical antibodies (that almost everyone has) to a hypothetical virus that still hasn't been isolated in order to avoid as many as possible testing positive. UK health officials (ho's for short) didn't get the message. Do they still need to kill more people and get more cases to get lockdowns back in force, despite their being shown to be more deadly than the combined bioweaponised exosome and seasonal EM radiation poisoning by densification of the electrosmog pretended to be a natural virus? Then there is the 'concidence' where the increase in deaths parallels the increase in the number injected, that will be passed off as COVID if the big lie is maintained.
---0---
.
.
EPIC COVID LAWSUIT FILED AGAINST POPE, QUEEN, PM, AG, WHO, GAVI, SoJ, B&MGF, ETC.
Posted on May 19, 2021 by State of the Nation 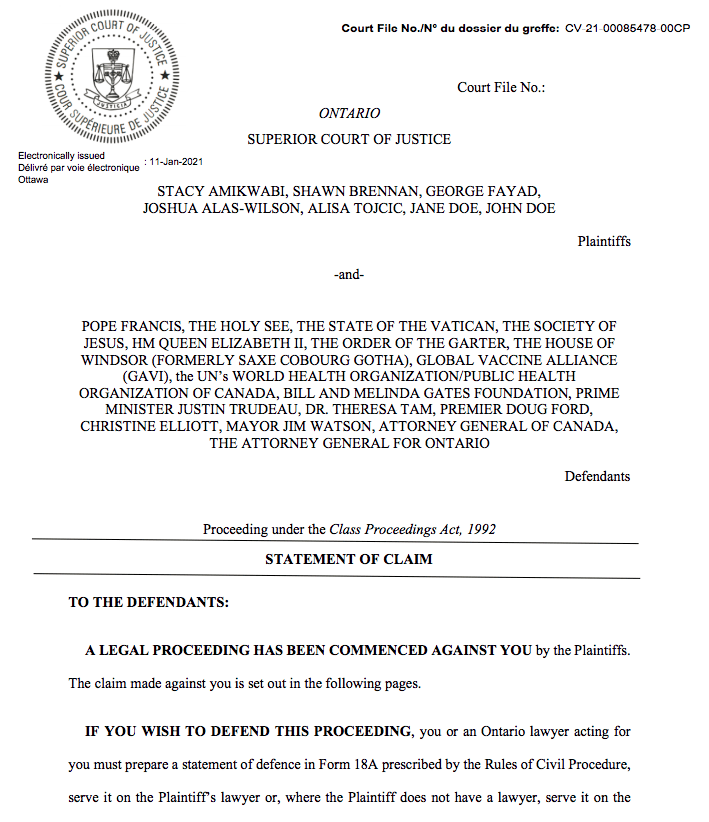