Although it has taken many months for the rest of humanity to get this far, this is not new but that which has been known to the progenitors of the plandemic right from the beginning.

The evidence falls into two areas; Polymerase Chain Reaction (PCR “test”) and the non-existent “virus”. We will deal with the latter first:

Way back in 2002, yet another attempt was made to plunge the world into panic over a brand new, super deadly ‘flu-like “virus” out of China. At the time, it was called severe acute respiratory syndrome (SARS). On average, the pharmaceutical cartel has attempted to do this every three years since 1963/4.

These are all propaganda exercises designed to boost “vaccine” sales managed by a special group, called the Epidemic Intelligence Service, developed by the American Centers for Disease Contol (CDC) in the 1950’s to artificially declare epidemics.

Time and again, as you will doubtless recall, these have been non-events which sold a few millions in “vaccines” but, otherwise, nothing happened. SARS managed to log up just 974 deaths world-wide. Avian ‘flu, just 300 or so. Swine ‘flu (1976 and 2009) none whatsoever because it doesn’t exist! Corona virus disease 2019 (Covid 19) is just the next one in the series with one large add-on.

Eugenics is the belief that humanity is to be improved by killing off all of the “undesirables”. What, you may well ask, is an “undesirable”? It is anyone who leads a life-style which you find undesirable. For Hitler is was homosexuals, Jews and Bolsheviks. For Canada, it was the native indian tribes. In America it was both the indigenous indians and negro ex-slaves.

For Australia it was the aboriginal peoples. Etc., etc., etc.. Eugenics enjoyed great popularity from about 1920 to 1966 when it, temporarily, went out of fashion. Certain extremely wealthy persons, Bill Gates being prominent amongst them, have resurrected eugenics to compensate for their extreme spiritual impoverished and emotional inadequacies.

Basically, everyone to whom they feel inferior is to be killed off so that they will feel better (they won’t but they are too retarded in their personal development to realise this.)

What we now have is the pharmaceutical cartel and the eugenicists working together.

Working upon their near-success with swine ‘flu, they realised that, in order for their plans to work, there doesn’t actually have to be any sickness present, a widespread belief that such is happening is all that is needed. And so Covid-19 was born.

Precisely when it was “born” is, at present, not known to me but traces can be found in 2013, 2016 and several times during 2019 including Bavaria (one of the states in the Federal Republic of Germany) creating in May 2019 a Covid-19 contingency fund.

In October 2019, a “dry run”, involving the pharmaceutical cartel, Bill Gates and friends, many leading politicians, Google, Facebook, Twitter and the owners of the press cartel, took place. From that meeting it was agreed to start the plandemic in early 2020.

The “justification” for the plandemic rests upon just two things:-

The “virus” is easily disposed of. Freedom of Information applications in more then 40 countries have, uniformly, brought the answer, “We do not have and do not know of any government or private institute or laboratory which has a specimen of the virus.”

This, of course, was included in the planning, “How do you prove the existence of a virus that nobody can find?”

Answer: you pretend that something else proves its existence. A micro-protein (almost one thousand times smaller than a virus) discovered in November 2013 to be very widespread around the world was selected for this “honour”.

Despite much propaganda in the press and, especially directly from governments, Sars-Cov-2 (so it has been named) is NOT a virus! It is far too small and far too simple.

Even the document which claims to be the justification for the suspension of the German Basic Law (a sort of quasi-constitution) and its replacement with a medical dictatorship specifies Sars-Cov-2 to be the cause of the pandemic.

What “professor” Drosten in Berlin, the CDC in America, the WHO and many other individuals and  institutes who have received substantial payments from Bill Gates claim is that the Sars-Cov-2 protein is a fragment of the Covid-19 virus and the presence of Sars-Cov-2 proves, therefore, the presence of the virus. There are many problems with this:

1) Before you can claim, with veracity, that the micro-protein is a part of the virus you must first have the virus. As we have already seen, nobody has it because it has never existed!

2) You must prove that this micro-protein exists only as a part of the (non-existent) virus and nowhere else.

3) You must prove that the (phantom) virus causes a specific illness with specific symptoms, a specific prognosis and specific morbidity.

4) You must show in precisely what manner this illness is unique and differs to all previously known diseases.

Point 1) has already been eliminated by information published by many, many governments.

To support a plethora of criminal activities, the ‘flu has simply been renamed “Covid-19”.

This leaves us with point 2)

On the 17th February ‘21, Principia Scientific published an article which refutes this absolutely. The article, which you can read in English here:

is a translation of a Spanish study which you can download here:

Dr. Jesus Garcia Blanca, the author draws also on the work of several other highly reputable scientists to present a coherent and conclusive picture.

The report is somewhat lengthy and technical in nature. I have, therefore, simplified it for general consumption.

What Dr. Blanca has done is to take the genetic sequence of the Sars-Cov-2 protein fragment and, using the database of the National Institute of Health in America, has searched for and found all organisms which contain the Sars-Cov-2 fragment as part of their genome. The results of his search are most edifying:-

More than one hundred known bacteria contain the Sars-Cov-2 fragment.

74 sequences of the human genome also contain the Sars-Cov-2 fragment.

Any PCR or any test which finds Sars-Cov-2 is not only so unspecific as to be totally meaningless but also is not evidence of any kind for the presence of a Covid-19 virus.

The above brings us to the inescapable conclusion that the disease called Covid-19 simply does not exist and all restrictions upon human activity claiming justification through a non-existent pandemic are criminal acts which it is your responsibility at law to terminate.

In my opinion, the fastest and cheapest way to do this is with writs of Habeas Corpus which compel the government to prove absolutely that Covid-19 exists, that it is a highly dangerous disease and is caused by the “Covid-19 virus”.

As the government can prove none of this, the court must instruct them to immediately cease all activities which are effectively punishments upon the British peoples having no justification whatsoever. This same applies in many other countries, with almost the sole exception of Germany where there is no Habeas Corpus law.

In November, in Lisbon, Portugal, a writ of Habeas Corpus was successful!

It’s long overdue time to do it everywhere else.

Added the rest of Wednesday's Rumors, a Kim Goguen interview vid,  and a vid by Kate Shemirani, a searing critique of the witting and unwitting assassins.

My opinion about the theatre macabre we're being fed by the alt news media is that it is quite obviously a charade. But for whose benefit? The Pentagon (MIIC - CFR) rules the roost as a chartered service corporation at present. Allegedly many children have been rescued from DUMBs, deep underground military bases. Allegedly the rescued children are being cared for in military bases. Call me dumb, but.

Kim Goguen stated quite categorically that the Gitmo "justice served" life in prison and executions were in fact a back door to a new identity. If the Pentagon (MIIC -CFR) controls the facility, I find that very plausible.

Capturing the mood of the mo. 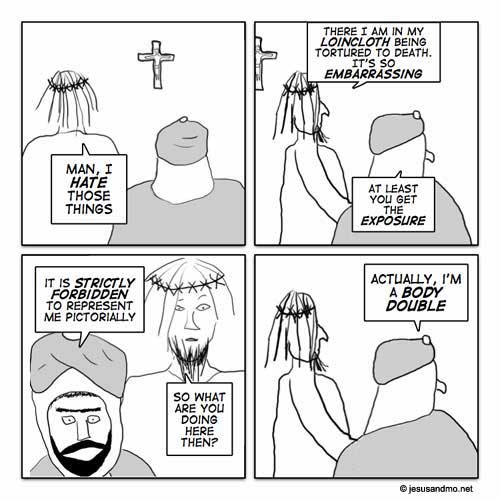 .https://www.jesusandmo.net/comic/body/
Check https://www.jesusandmo.net/comic/sisters/
---0---
.
If Jesus was the embodiment of mankind, today we're getting crucified by guess who?
(Imagine the word was womankind, that included men. I also thought the bear, that identified as a man, in a wrestling ring was hilarious. Extremely intelligent and thought provoking wit.)
---0---
.
CHOOSE YOUR SIDE.
Bitchute August 10th, 2020
NACHO310
https://www.bitchute.com/video/nsioU0XsrQIq/
Kate Shemirani Natural Nurse in a Toxic World
https://www.youtube.com/channel/UCJjkzwjhxGo88d3Vj8QWu1A
This account has been terminated for a violation of YouTube's Terms of Service.
Nurses administering the lethal injections "will be hunted down like Nazi war criminals."
The hypodermics are not vaccines. They are gene manipulation to make you a GMO, and they contain harmful toxins.
The thieving, murdering sacks in our government buildings are extremely lucky there isn't an army of ladies like this one.
More from Kate: https://www.bitchute.com/search/?query=kate%20shemirani&kind=video
---
Dedicated to the Kop
Who do you think you are conning Mr Johnson
We know your gang is lying scum.
Here is a girl that has called your little game
COVID, lockdowns, masks are imposed by the insane
So who do you think you are kidding Mr Johnson
When you pretend you're not just scum
bags
---0---
.
Collapse