Will the deceivers, the May regime as sponsor and promoter, NATO, MI6, founder ex spook James Le Mesurier and the perps, the terrorists' propaganda agency, the White Helmets be prosecuted?

Should the conservative party be sued for the return of defrauded tax funds spent on the criminal White Helmets?

Will the Wiki propaganda be rewritten to reflect the truth? The White Helmets, deceptively called the Syria Civil Defence was in fact a coalition propaganda manufacturing gang whitewashing terrorists and demonising the popular Syrian government, funded by the May regime from taxes, likely for the City, (NWO JOWG, JEU) Rothschild, Israel and the for profit military-industrial-intelligence complex ( CFR (Soros), ECFR (van Rompuy), RIAA and NATO)

[The following is put together from screen captures. For the in-line links (linked text is blue) please visit ZH, as mapping links into an image takes forever.] 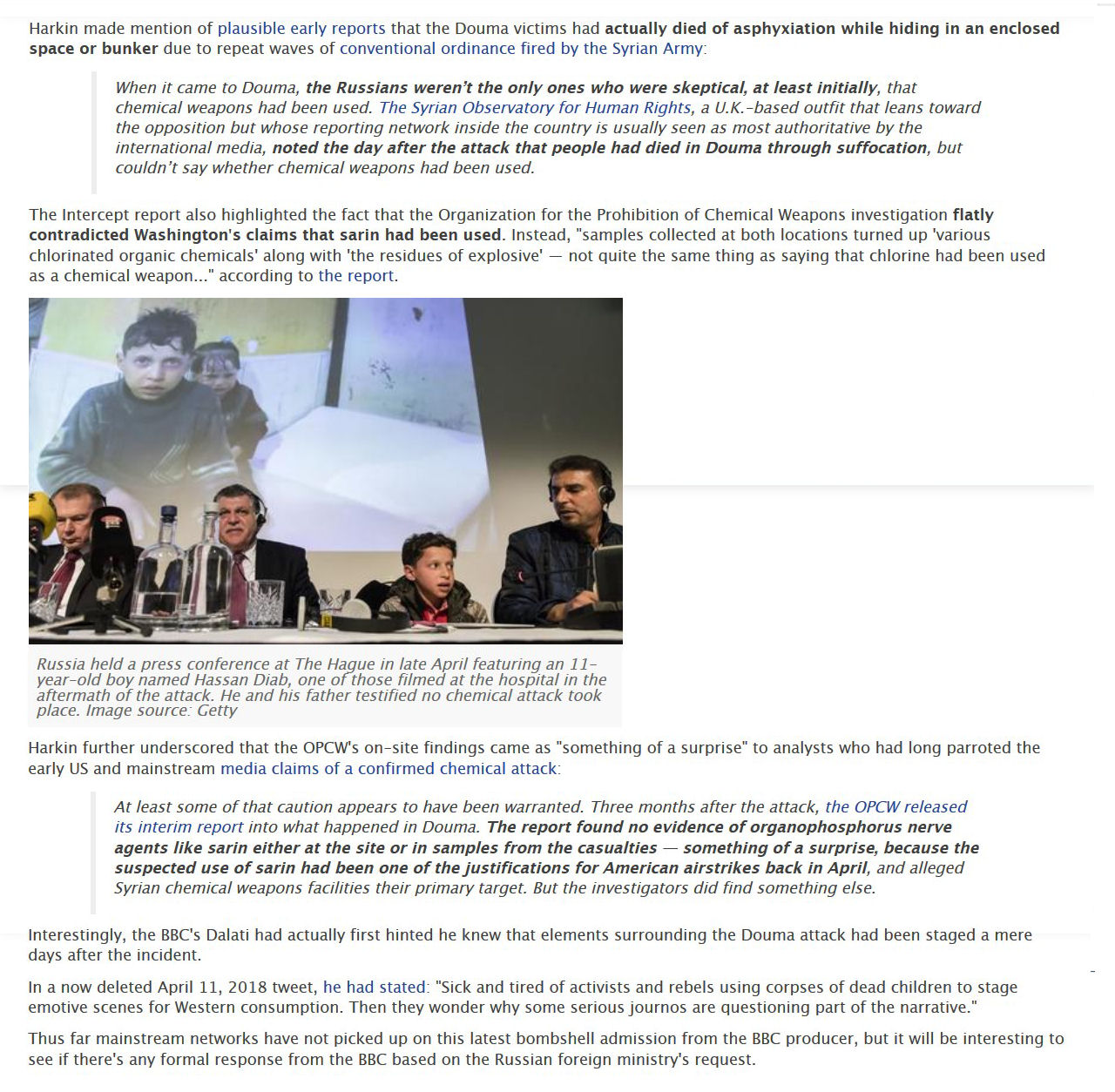