Presidential Field McConnell has linked a pool of dirty money – allegedly laundered by members of the Association for Payment Clearing Services (APACS) – to a Wells Fargo pass-through insurance fraud which treated the WTC Twin Towers demolition on 9/11 as a double occurrence event.

McConnell alleges that Theresa May – a former senior advisor in International Affairs to APACS and currently U.K. Home Secretary – assembled $3.2 billion to finance the dirty Twin Towers leveraged lease and a Federal Bridge between Wells Fargo and APACS-member Citibank to pay deadfoo7 saboteurs to demolish WTC #1, 2 and 7 on 9/11. 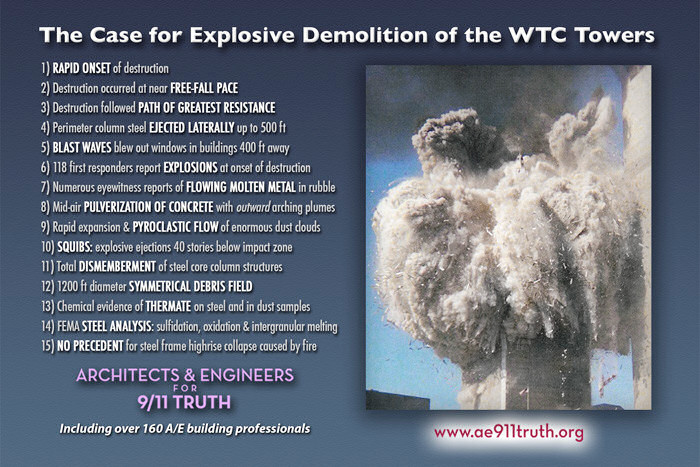 Image source http://www2.ae911truth.org/images/gallery/case4EDcardfront.jpg
Theresa May allegedly assembled $3.2 billion for the Twin Towers lease where spread bets placed by the Association for Payment Clearing Services, gave Wells Fargo an opportunity to enrich lenders by re-insuring WTC #1 and #2 pass through certificates.

“Theresa May insists internet surveillance [Federal Bridge Certification Authority for contract killing (cf. Gareth Williams and Dr. Kelly) controlled by UK MoD and Wells Fargo] is vital to defeat "paedophile rings, criminal conspiracies and terrorist plots" By Tim Montgomerie Follow Tim on Twitter
In today's Sun the Home Secretary Theresa May explains how monitoring communications is vital for helping the policy track criminals and accomplices: "Right now, the police and security agencies use information from phone records to solve crime and keep us safe. Looking at who a suspect talks to can lead the police to other criminals. Whole paedophile rings, criminal conspiracies and terrorist plots can then be smashed. Data like this has already helped lock away murderer Ian Huntley. It helped catch the gangland thugs who gunned down Rhys Jones. Last year, police smashed a major international child pornography website based in Lincolnshire. They then used internet data analysis to find other suspected paedophiles. Such data has been used in every security service terrorism investigation and 95 per cent of serious organised crime investigations over the last ten years."”

“Book-end: Theresa Mary May (née Brasier) [An alleged Matrix 5 principal who allegedly uses pedophile surveillance, entrapment and extortion to control man-in-the-middle officials in the police, religious, military and civilian organizations in the United Kingdom; she is a British Conservative politician who is Home Secretary in the Conservative – Liberal Democrat Coalition; she was elected to Parliament in 1997 as the Member of Parliament for Maidenhead; she served as the Chairman of the Conservative Party, 2003–04; she was appointed to the Privy Council in 2003; she became Shadow Secretary of State for Work and Pensions and Shadow Minister for Women before being appointed Home Secretary and the Minister for Women and Equality in David Cameron's Cabinet on 11 May 2010; she attended the University of Oxford where she read Geography at St Hugh's College, taking a BA (Hons) in 1977; she worked from 1977 to 1983 at the Bank of England; she worked as a financial consultant and senior advisor in International Affairs at the Association for Payment Clearing Services; she allegedly conspired with Juliet Wheldon to undermine the Treasury Solicitor’s office with leveraged leases financed by ‘bona vacantia’ credit; she stood (and lost) in the safe Labour seat of North West Durham in the 1992 general election; she stood and lost in the 1994 Barking by-election; she was elected the Conservative MP for Maidenhead in 1997 general election; she was Shadow Spokesman for Schools, Disabled People and Women (1998 – June 1999) in William Hague's front-bench Opposition team; she became the first of the 1997 MPs to enter the Shadow Cabinet when in 1999 she was appointed Shadow Education and Employment Secretary; after the 2001 election, the new Conservative leader Iain Duncan Smith retained her services in the Shadow Cabinet, moving her to the Transport portfolio; she allegedly knew of the City and Guilds plans to trigger the double-occurrence for the Wells Fargo Twin Towers pass through certificates; she became first female chairman of the Conservative Party in July 2002; she stated at the 2002 Conservative Party Conference that the party must change because it was perceived as the "Nasty Party"; she was sworn of the Privy Council in 2003; she was appointed Home Secretary and Minister for Women and Equality by the Prime Minister of the United Kingdom, David Cameron as part of his first cabinet; she is tireless sponsor of gender equality; she pretends to oppose the European Union (Eurosceptic); she plans to scrap the UK Human Rights Act; she received the Freedom of the City of London; she has joined the Livery of the Worshipful Company of Marketors which allegedly conspired with Bain and Company’s London Office in structuring the leveraged lease triggers to the Global Financial Crisis of 2008”.
[...]