Trump turns out to be a tool of the enemies of humanity?
No mushrooms here yet.
Totally Illegal action of a terrorist state that creates, uses and supports terrorists, and totally illegally uses DU. A true imperialist enemy of humanity. It seems as if Trump has been co-opted by the zionists' military-industrial complex (CFR) and currency mafia controlled CIA.
Heartwarming don't you think that Trump has killed civilians in response to a staged incident, as genuine as the lies used to destroy Iraq and Libya.

Only 23 of 59 missiles reached their target. Better to buy Russian missiles. 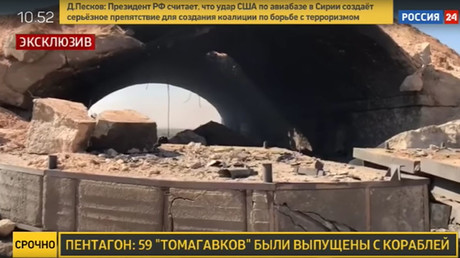 About a former PM and the treaty of Rome.
The reward of £35,000, paid personally to Heath, in the guise of The Charlemagne Prize, was handed over to him after he had signed the Treaty of Rome.
"Heath later confirmed that he had lied to the British people about the implications of the Treaty. He told the electorate that signing the Treaty of Rome would lead to no essential loss of National Sovereignty but later admitted that this was not true - and he knew it was not true. He said he lied because he knew that the British would not approve of him signing the Treaty if they knew the truth.
Vernon Coleman 2011
http://www.vernoncoleman.com/ted.html
Any worse? Nowadays they reportedly get millions.


More in the side column at https://www.youtube.com/watch?v=cOUC-WjnIpk

From the narrative:
( Collapse )
Collapse