For the one world government implementers the preferred method of population reduction is radiation.
Here's a screen cap from the vid below of the Chernobyl fall-out. 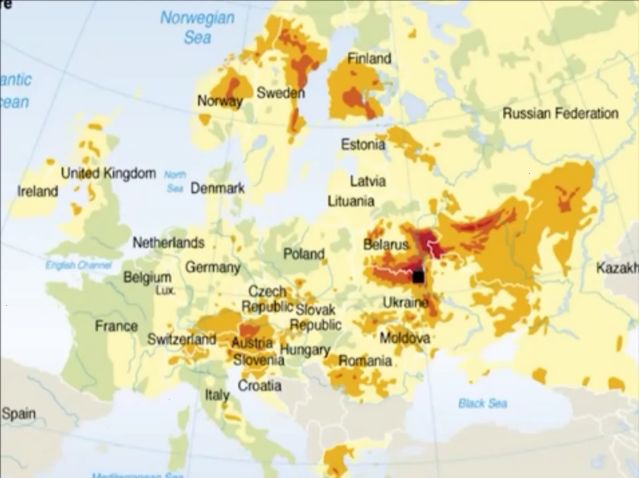 2009. Sheep farmers still stuck under a Chernobyl cloud
Ever since radiation from Chernobyl rained down on the UK 23 years ago, sales of sheep in affected areas have been restricted. But frustrated farmers now claim the meat is safe – and that testing should stop
http://www.theguardian.com/uk/2009/dec/29/sheep-farmers-chernobyl-meat-restricted

And a chart of Fukushima radiation spread 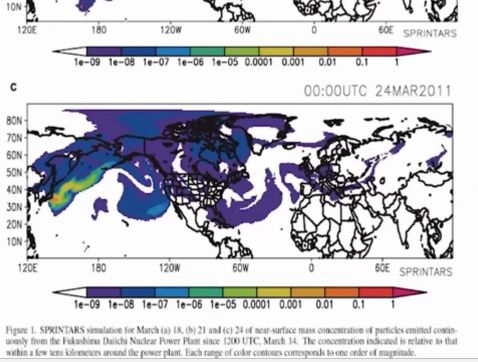 Here's the vid that explains how contamination has spread fron the nuclear disaster.
WHAT IS OUR GOVERNMENT HIDING FROM US ABOUT FUKUSHIMA?

And now that we have Fukushima radiation, the Bilderberg zio Cameron regime, enemies of humanity -
Let's build nuclear energy plants so we can give our kids leukemia.
We need to upgrade Britain's nuclear defence so we can can mass murder civilians.

Radiation contamination is at a dangerous level in the US. Stay away, esp from the west coast.

NZ keeps looking better and better for the young'uns.